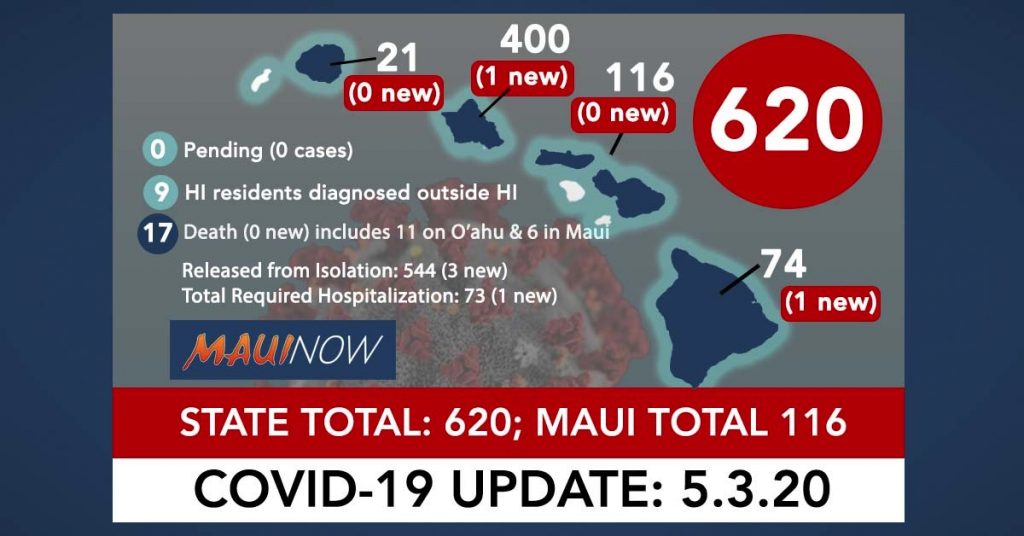 As a result of data cleaning, two duplicate cases were identified and removed from the counts (One from Honolulu County, and one from Maui County), resulting in the total statewide count remaining unchanged from yesterday at 620.

To date, 544 people have recovered including 83 in Maui County.

The Hawaiʻi State Department of Health reports that there were 544 individuals released from isolation; and 73 cases that have required hospitalization.

Maui County’s count remain unchanged from yesterday, but was adjusted downward by one to 116 confirmed positive due to data cleaning and the removal of a duplicate case on island. Of the 116 cases in Maui County, at least 88 have been released from isolation, and 17 have required hospitalization. 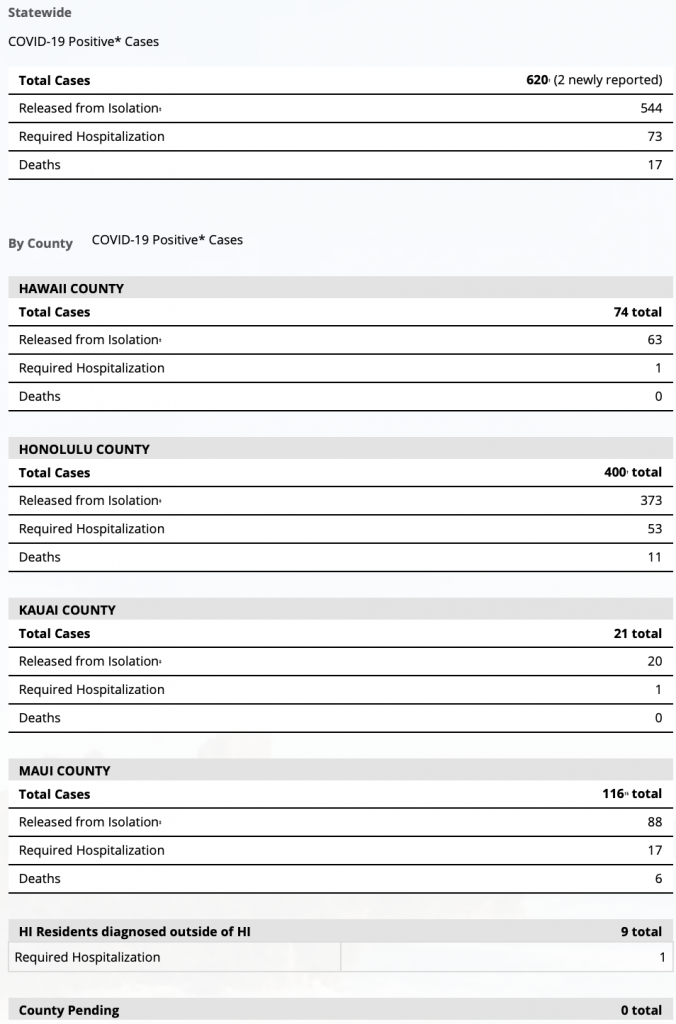 †As a result of data cleaning, two duplicate cases were identified and removed from the counts (One from Honolulu County, and one from Maui County).

‡Isolation should be maintained until at least 3 days (72 hours) after resolution of fever and myalgia without the use of antipyretics OR at least 7 days have passed since symptom onset, whichever is longer.