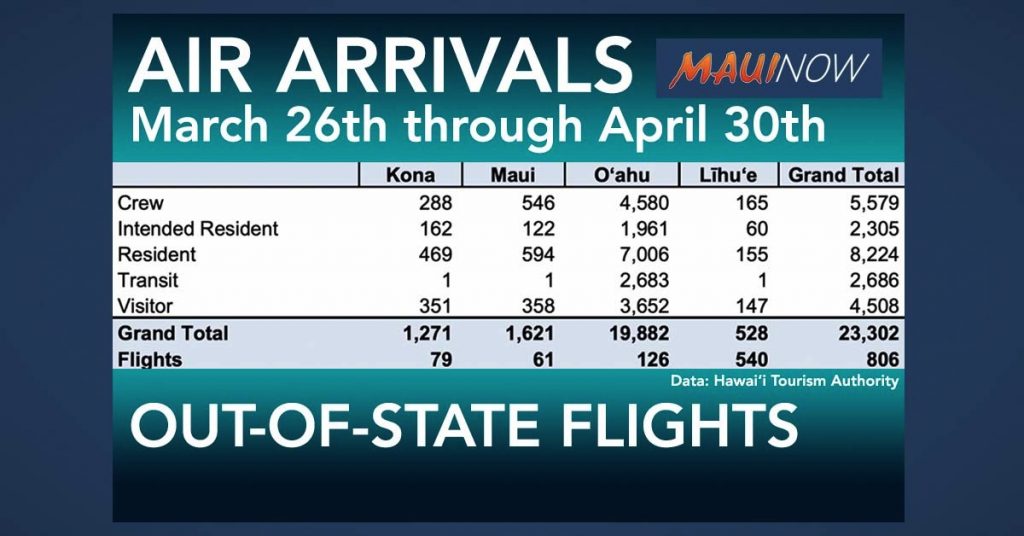 Over a five week period, from March 26th (when the statewide mandatory stay-at-home order began) through April 30th, 23,302 passengers arrived in Hawaiʻi by air including 4,508 visitors and 8,224 residents.

Over the same period, covering all of April and six days in March, Maui saw 1,621 air visitors on 61 trans-Pacific flights, including 358 visitors, 594 residents, 122 intended residents, 546 crew members and a single individual in transit to another location.

A large portion of those who arrived said they came to visit friends or relatives.

This accounts for changes to the initial daily passenger count based on follow-up calls to the quarantined visitors, some of whom turned out to be intended residents instead of visitors.

The data is for out-of-state flights and does not include interisland travel.

From March 26th through April 30th, 4508 visitors arrived in Hawaii on flights from out of state. The following table shows what the visitors who arrived during that period indicated as the purpose of their trip. The second table below shows what they indicated as their accommodation. People can choose more than one purpose of trip and type of accommodation. This data was collected from the HTA survey on the back of the Hawaii Agriculture Declaration Form. People are not mandated by law to fill out the survey so some are left blank. 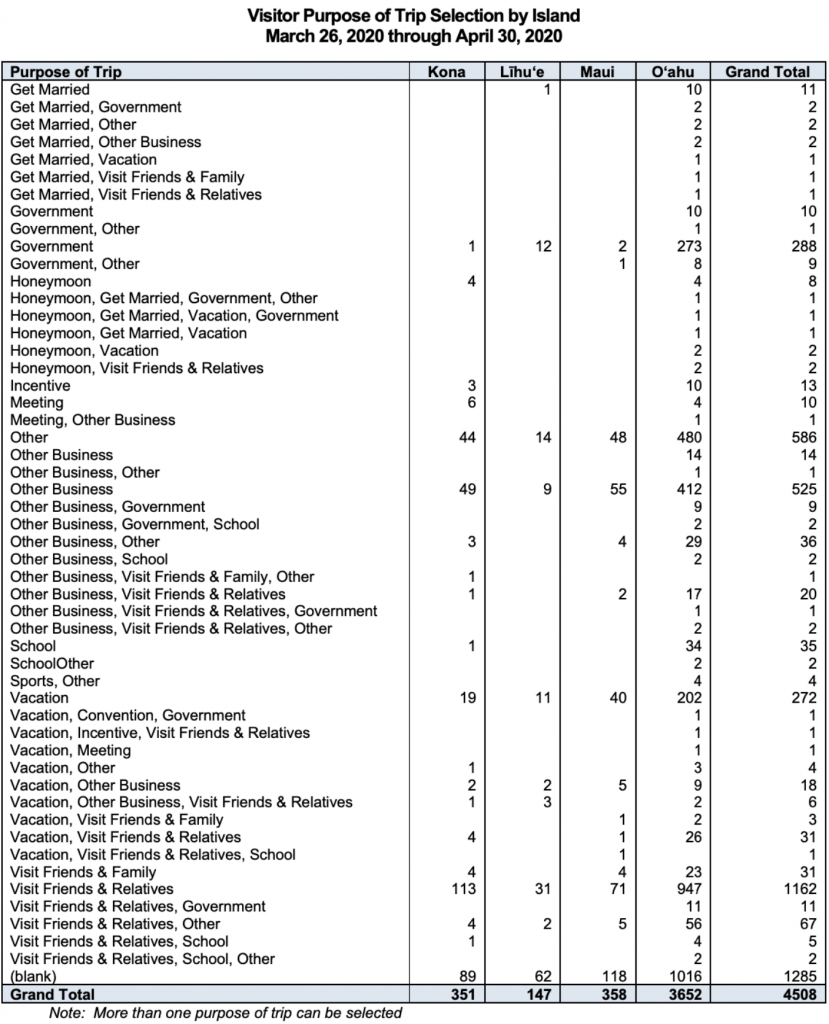 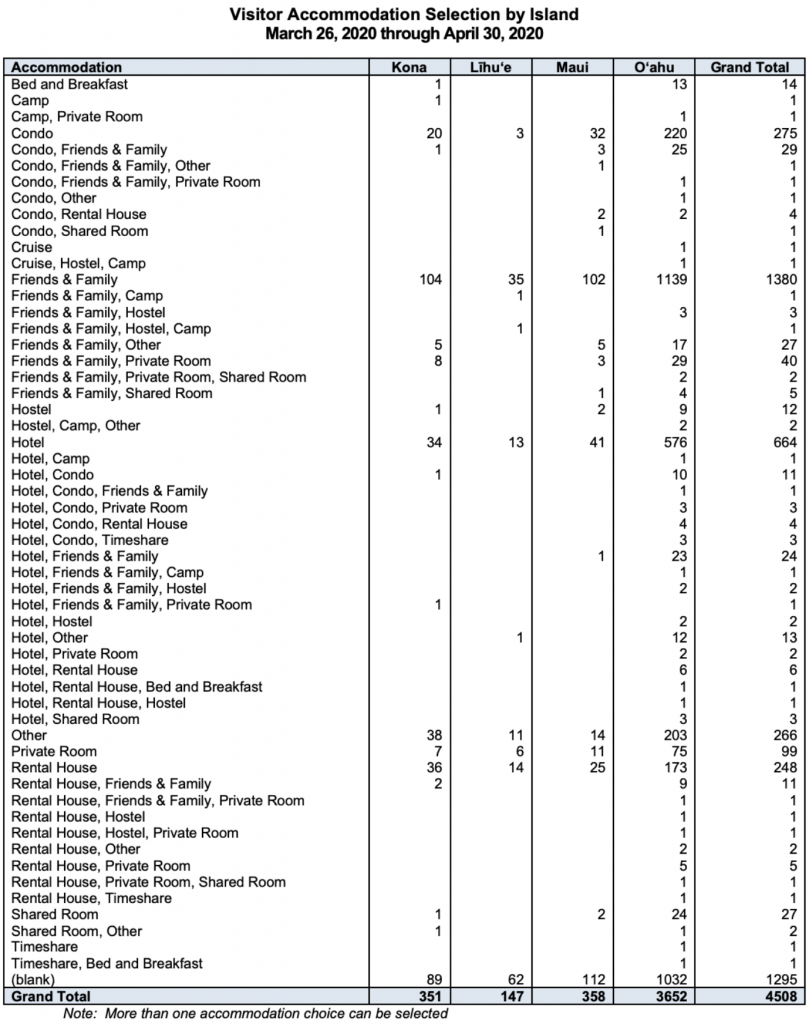 This table below shows the number of people who arrived by air from out of state yesterday and does not include interisland travel. 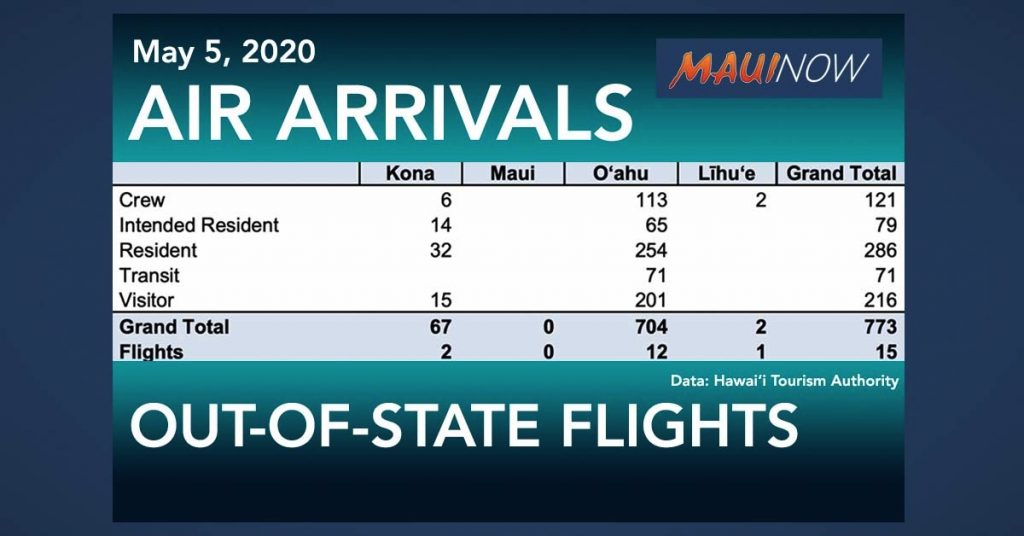 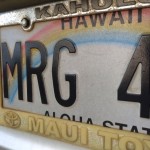 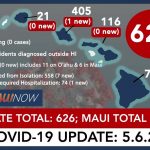 ARTICLE COMMENTS ( 20 )
This comments section is a public community forum for the purpose of free expression. Although Maui Now encourages respectful communication only, some content may be considered offensive. Please view at your own discretion.
I Understand, Show Comments