Maui Unemployment Rate Highest in State at 36% in April 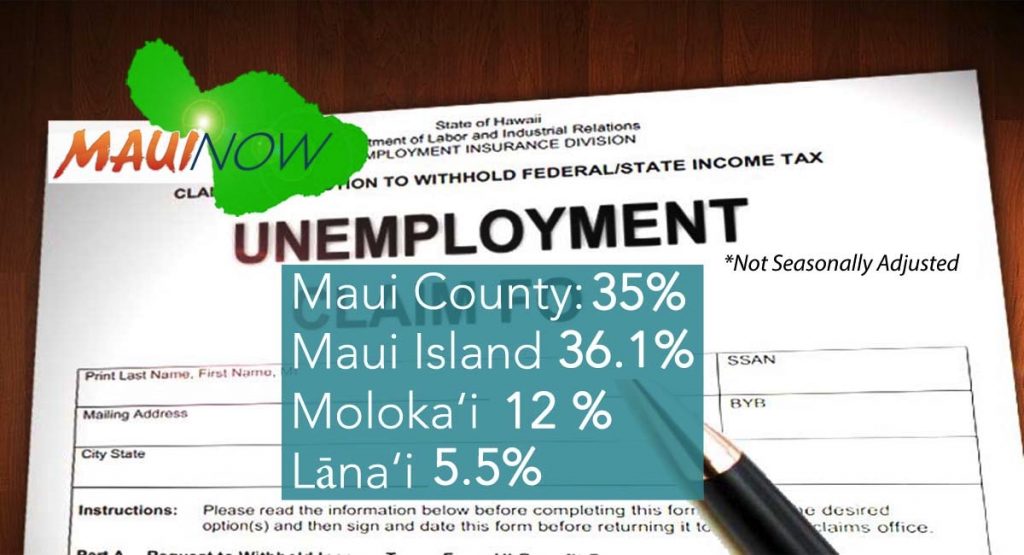 The Hawai‘i State Department of Labor & Industrial Relations today announced that the seasonally adjusted unemployment rate for April was 22.3 percent. The historic increase from the revised rate of 2.4 percent in March reflects the economic impact of COVID-19 in Hawai‘i.

Nationally, the seasonally adjusted unemployment rate was 14.7 percent in April, rising from 4.4 percent in March.

In a separate measure of employment, the DLIR reports that total nonagricultural jobs decreased by 121,800 in April over March.