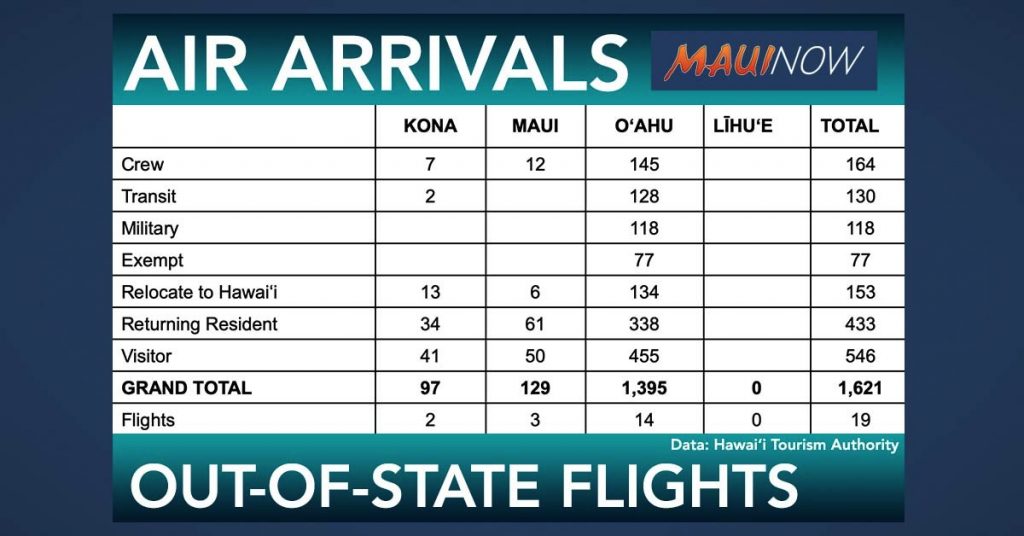 Yesterday marked ten weeks since the state’s mandatory 14-day self-quarantine started for all passengers arriving in Hawai‘i from out-of-state. On Thursday, June 4, a total of 1,621 people arrived in Hawai‘i on 19 trans-Pacific flights–including 546 visitors and 433 returning residents.

The data was compiled by the Hawai‘i Tourism Authority and does not include interisland flights.

Maui Now asked Mayor Michael Victorino if he supports the increase in domestic flights while the out-of-state quarantine remains in effect. He responded saying, “Really, I don’t have a lot of say.  I believe we are still not ready for visitors from the outside,” but he said 50 visitors yesterday compared to the thousands of visitors that were arriving per day at the same time last year, “we are tremendously down.”