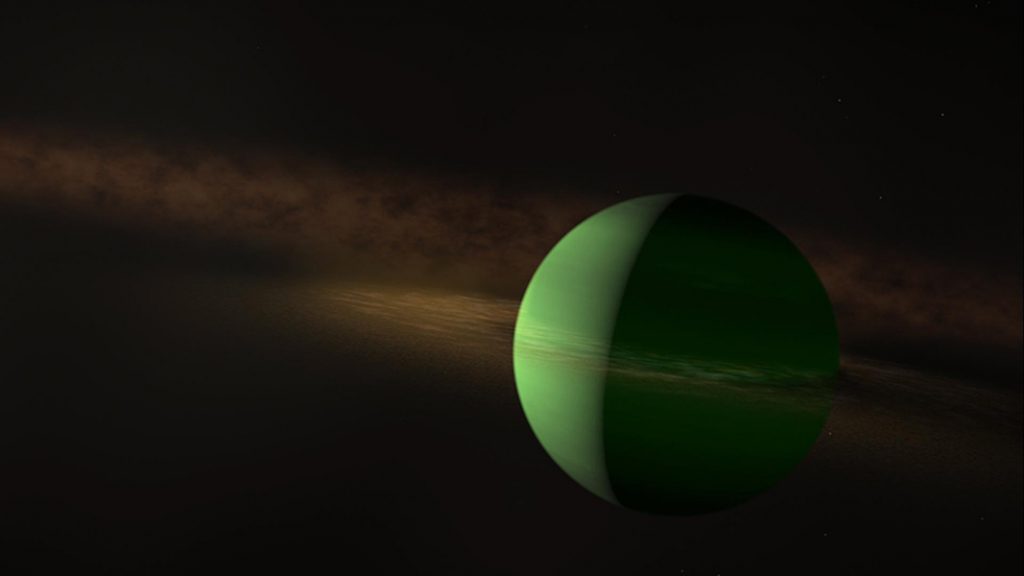 Planet AU Mic b is about the size of Neptune. Credit: NASA 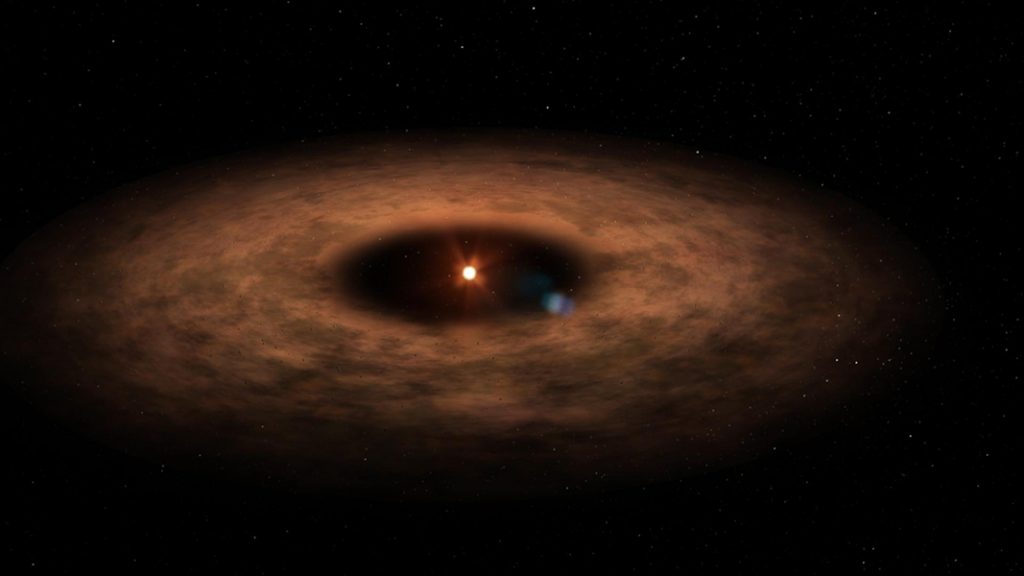 AU Mic is so young dust and debris left over from its formation still orbit around it. Credit: NASA 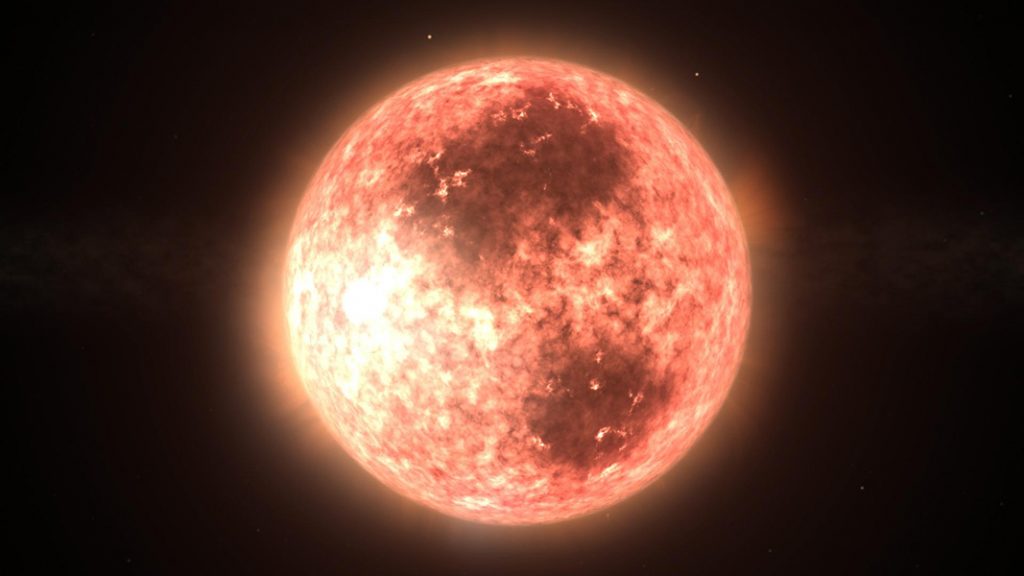 Au Mic is a “red dwarf,” the most numerous type of star in the galaxy. Credit: NASA 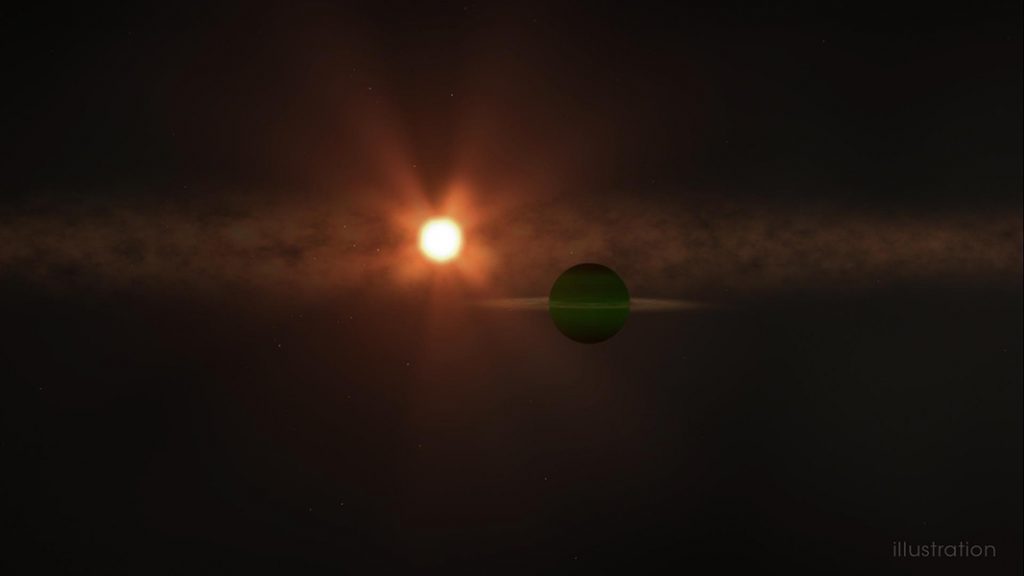 University of Hawaiʻi at Mānoa astronomers are part of an international team that recently discovered an infant planet around a nearby young star.  The discovery was reported Wednesday in the international journal Nature.

The planet, named “AU Mic b” after its host star, AU Microscopii, was discovered using the NASA TESS planet-finding satellite and confirmed by observations at the NASA Infrared Telescope Facility atop Maunakea on Hawaiʻi Island.

The observations on Hawaiʻi Island used a new instrument called iSHELL that can make very precise measurements of the motion of a star like AU Mic. These measurements revealed a slight wobble of the star, as it moves in response to the gravitational pull of the planet. It confirmed that AU Mic b was a planet and not a companion star, which would cause a much larger motion.

Astronomers hope the discovery will help them to understand how planets form and evolve.

AU Mic appears low in the summer skies of Hawaiʻi but it is too faint to be seen with the unaided eye.

AU Mic and its planet are about 25 million years young.  The planet is about the size of Neptune, but, unlike Neptune, it is much closer to its star, taking only eight and a half days to complete one orbit.

AU Mic is also the second closest young star to Earth. It is so young that dust and debris left over from its formation still orbit around it. The debris collides and breaks into smaller dust particles, which orbit the star in a thin disk. This disk was detected in 2003 with the UH 88-inch telescope on Maunakea. The newly-discovered planet orbits within a cleared-out region inside the disk, according to the University of Hawaiʻi.

“This is an exciting discovery, especially as the planet is in one of the most well-known young star systems, and the second-closest to Earth. In addition to the debris disk, there is always the possibility of additional planets around this star. AU Mic could be the gift that keeps on giving,” said Michael Bottom, an Assistant Astronomer at the UH Institute for Astronomy in a press release announcement.

“Planets, like people, change as they mature. For planets this means that their orbits can move and the compositions of their atmospheres can change. Some planets form hot and cool down, and unlike people, they would become smaller over time. But we need observations to test these ideas and planets like AU Mic b are an exceptional opportunity,” said Astronomer Eric Gaidos, a professor in the Department of Earth Sciences at UH Mānoa.