Emergency Broadband Connections Act Would Provide $50 a Month Toward Access

This bill would provide internet-connected devices and $50 a month toward broadband access to workers who were laid off or furloughed during the pandemic as well as others in need. Providing this access would help Americans apply for new jobs, access educational opportunities, and seek health care for the duration of the pandemic.

“While the coronavirus pandemic rages on, our nation’s digital divide makes it more challenging for Americans to stay connected. Estimates suggest that more than 14 million American households —including more than 52,000 Hawaii households—don’t have any internet. As workers have shifted to telework and students across the country are expected to continue distance learning, it is critical that we get and keep these households connected,” Senator Hirono said. “The Emergency Broadband Connections Act seeks to close this digital divide by providing internet-connected devices and broadband access to those in need, even as social distancing continues.”

Senator Hirono has advocated for boosting high-speed internet access for Americans during the pandemic, including cosponsoring legislation to provide college students broadband to complete their coursework during the pandemic, and writing a letter asking Senate and House leadership to boost funding for the FCC’s internet connectivity program Lifeline. 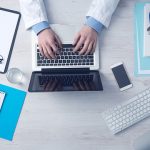 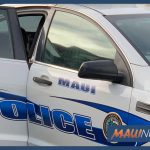