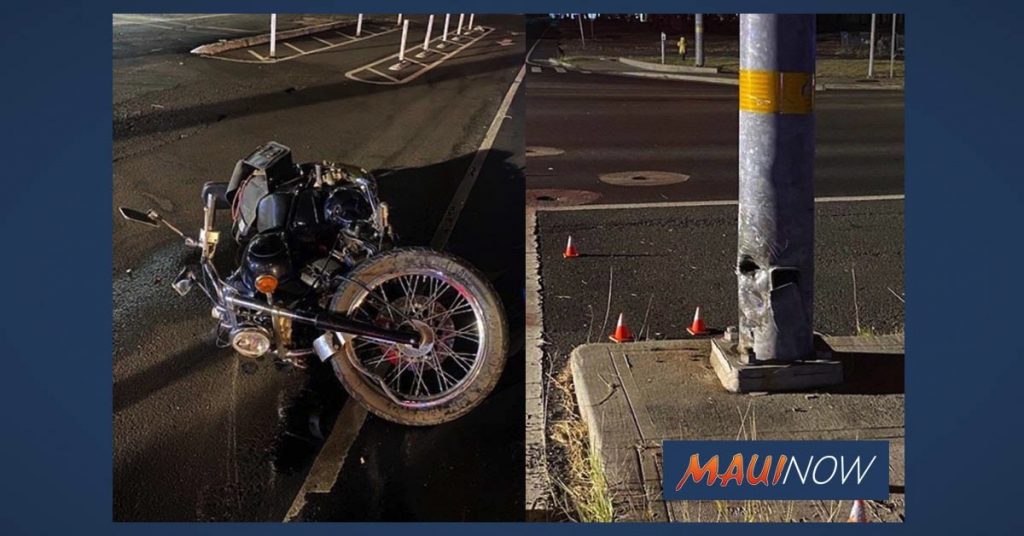 Maui police say speed is suspected as a factor in a near fatal motorcycle crash in Kahului overnight.

A 43-year-old man with no local address suffered critical life-threatening injuries in a crash, reported at 12:25 a.m. on Thursday, July 2, on East Kamehameha Avenue at the Puʻunēnē Avenue Intersection.

Police say the man was operating a 1998 Yamaha V Star motorcycle, and was traveling southwest on Kamehameha Avenue, when he collided into the concrete curbing of the traffic island, and subsequently into the traffic signal pole.

As a result of the crash, the motorcyclist was transported in critical condition to Maui Memorial Medical Center.

Police say he was not wearing a helmet at the time of the crash. According to police reports, the involvement of drugs and alcohol has not been determined; however the investigation is ongoing and final determination has yet to be made by traffic crash investigators.

To date there have been five traffic fatalities on Maui County roads this year, as compared to 11 at the same time last year.