A 28-year-old pedestrian suffered fatal injuries after being struck by a vehicle while attempting to cross Kahului Beach Road on Sunday night, according to Maui police.

The collision occurred at around 8:23 p.m. on Sunday, July 12, on Kahului Beach Road, about 0.2 miles NW of the Kaʻahumanu Avenue intersection fronting the Harbor Lights condominium in Kahului.

According to police reports, a 2014 Toyota 4-Runner traveling SE on Kahului Beach Road collided into the pedestrian, who was traveling southbound and crossing the road outside of a marked crosswalk.

Subsequently, the 39-year-old Kahului man operating the 4-Runner did not notice the pedestrian, according to preliminary reports.

The pedestrian was struck, sustained fatal injuries and died on scene. He was later identified as 28-year-old Nelsin Naich.

The 39-year old operator of the Toyota and his two passengers ages 39 and 5 were not injured in the crash.  The driver and one rear seat passenger were wearing seatbelts, while the middle seat passenger was not.  Vehicle air bags did not deploy according to the report.

Kahului Beach Road was closed for about three hours, between Wahinepio Avenue and Kaʻahumanu Avenue, while police conducted an investigation.

To date there have been six fatalities on Maui County roadways.  Last year, there were 12 fatalities at the same time. 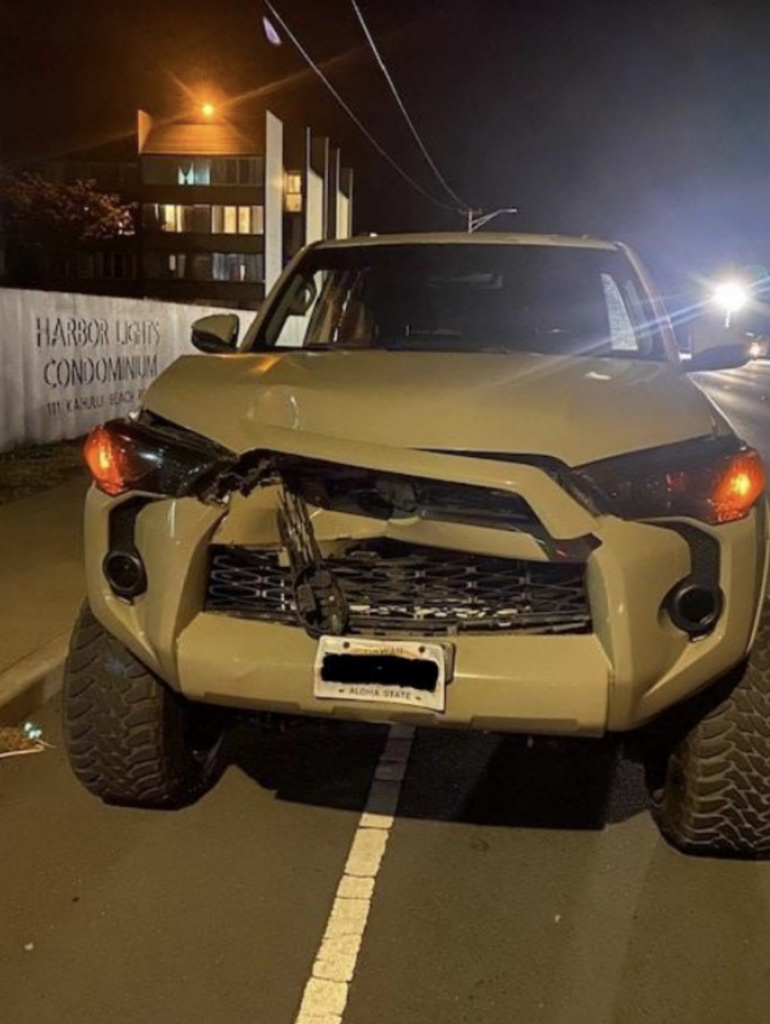