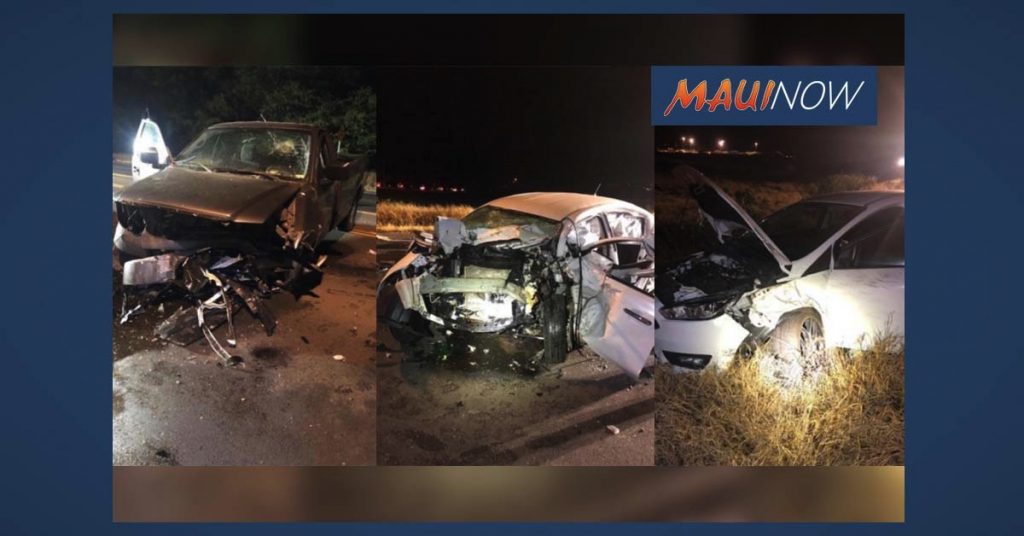 Officers from the Maui Police Department Traffic Division, Vehicular Homicide Unit today arrested a Wailuku man following a grand jury indictment related to a deadly motor vehicle crash that claimed the lives of a mother and her teenage son.

Police say Kalani K. Au Hoon, 44 of Wailuku was placed under arrest at 1:37 p.m. on Monday, July 20, 2020. He was charged with two counts of manslaughter, operating a vehicle while under the influence of an intoxicant, reckless driving and inattention to driving.  He was being held in lieu of $203,000 bail.

The charges come nearly a year after the fatal crash, which was reported on July 21, 2019 on the Piʻilani Highway in Kīhei.  Mildred Jouvenat, 49, and her son, 14 year old Jacob Jouvenat suffered fatal injuries in the crash.

Lt. William Hankins, Commander of the Traffic Division said, “Motor vehicle crashes that involve a fatality are very complex and time consuming investigations. Our team of investigators spent countless hours to conduct a complete and detailed reconstruction of this crash to determine the speed of the vehicles involved, as well all factors that contributed to this preventable crash and untimely death of Mildred and Jacob Jouvenat.”

Police identified the operator of the Ford F150 as Kalani Au Hoon, and say the man sustained serious injuries and was transported to Maui Memorial Medical Center for treatment.

The operator of the Nissan Versa, identified as Mildred Jouvenat of Kīhei sustained fatal injuries and died at the scene. Her son, who was a passenger, Jacob, died the next day at the hospital.

The operator of the Ford Focus, a 74 year old Kīhei woman, sustained minor injuries and was treated at the hospital.