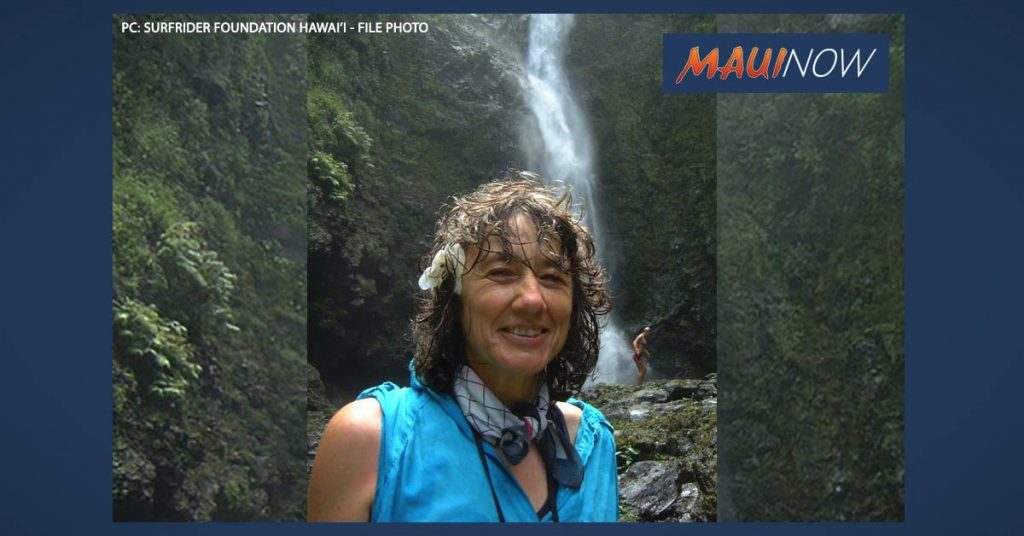 Lucienne de Naie of Maui was awarded a grant for Mālama Hamakua Maui for her voice of advocacy to inspire more friendly environmental actions.

De Naie was honored by in the inaugural Nature’s Voice Awards hosted by GreaterGood.org, which aims to amplify the voice and impact of sustainability advocates across the globe.
De Naie, who serves as secretary for Mālama Hamakua Maui and Vice-Chair of the Sierra Club Hawaiʻi Chapter, joins other voices across the globe in being recognized, including Ugandan Climate Activist Vanessa Nakate and internationally renowned conservationist Scott Black.
According to her profile, de Naie lives on a small East Maui farm, where she works as a policy analyst, project manager, community organizer and historical researcher, serving on many local non-profit boards.
Winners that demonstrate outstanding communication efforts – from social media to advertising to events and more – are selected via crowdsourced nominations reviewed by GreaterGood.org.  For non-profits, a $1,000 grant from GreaterGood.org is issued to winning entries.
GreaterGood.org, a charitable organization devoted to improving the health and well-being of people, pets, and the planet.
“We understand that strong voices for the environment are critical, now more than ever,” explained Liz Baker, CEO of GreaterGood.org. “This campaign celebrates organizations of all sizes across the world who innovate, inspire others, and amplify nature’s voice to help the earth.”
Nominations for the next round of recognition will be accepted and award recipients will be announced from now until mid-August.  Nominations can be made via naturesvoiceawards.org or by emailing [email protected]greatergood.org. The nomination period runs through August 17. A $10,000 grand prize winner will be announced in September.