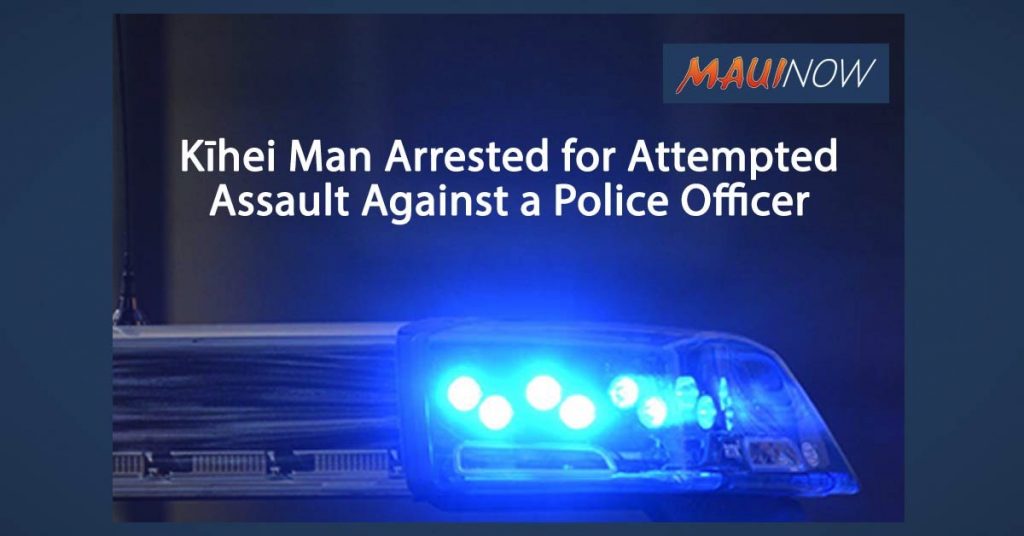 Police say an investigation on July 21, 2020 reveals that the man allegedly contacted the Maui Police Department via telephone on multiple occasions, “threatening to bomb the Kīhei Police Station.”

Later on the same day, police say the man was observed trespassing at the Kīhei Police Station.

While being ordered to stop, police say the man drove his vehicle towards an officer, dressed in full police uniform.  The officer was able to get out of the way and avoid being struck.  No injuries were reported.

According to police reports, the man fled the area.  He was later located in Kahului and subsequently arrested.

The investigation is ongoing and the man remains in custody, awaiting to be formally charged.