A 64-year-old Maui man was formally charged on Wednesday with a list of criminal counts involving threats directed at the Kīhei Police Station and a run-in with an officer at the site, according to Maui police.

Police say that on Wednesday morning, July 22, 2020, Thomas Richter allegedly “admitted to telling the manager of a large supply store that he was planning on blowing up the Kīhei Police Station.”

During the investigation, police say Richter “had a shopping cart filled with bricks a sledgehammer and portable propane tanks.”  He later admitted he “would use the items to damage the Kīhei Station and Kihei Marked Patrol Vehicles,” according to an updated media release issued by the department.

While being ordered to stop, police say the man drove his vehicle towards an officer, dressed in full police uniform.  Police say the officer was able to get out of the way and avoid being struck.  No injuries were reported.

According to police reports, the man fled the area.  He was later located in Kahului and subsequently arrested.

Richter has since been charged with:

Bail was set at $22,000, and Richter has since been released to District Court. 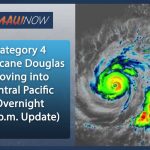 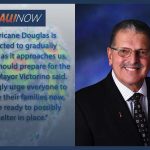 ARTICLE COMMENTS ( 11 )
This comments section is a public community forum for the purpose of free expression. Although Maui Now encourages respectful communication only, some content may be considered offensive. Please view at your own discretion.
I Understand, Show Comments