Maui Mayor Michael Victorino says he is asking the Governor to reinstate the mandatory 14-day quarantine on interisland travel due to the large numbers of COVID-19 cases occurring on the island of Oʻahu.

The request was sent to the Governor this afternoon.

Today marked a second record high single-day increase for new cases, which rose to 60 today alone.  The majority of cases (58) were reported on Oʻahu, with one case on Maui, and the other case is a Hawai‘i resident diagnosed out of state.

Mayor Victorino said the numbers being reported have passed some of the trigger points that had been discussed during earlier meetings.

He said he has not had any response from the Governor as of 4 p.m., and will wait to see what the Governor says next week.

The mandatory 14-day self-quarantine for interisland travelers was lifted on June 16, 2020.

Meantime, under the governor’s latest emergency supplementary proclamation, the mandatory 14-day quarantine for international and out-of-state arrivals into Hawaiʻi remains in place through at least Aug. 31, 2020.

Scroll Down to Read 117 Comments 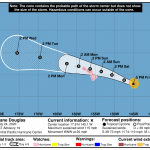 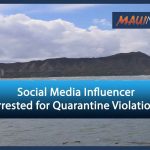 ARTICLE COMMENTS ( 117 )
This comments section is a public community forum for the purpose of free expression. Although Maui Now encourages respectful communication only, some content may be considered offensive. Please view at your own discretion.
I Understand, Show Comments