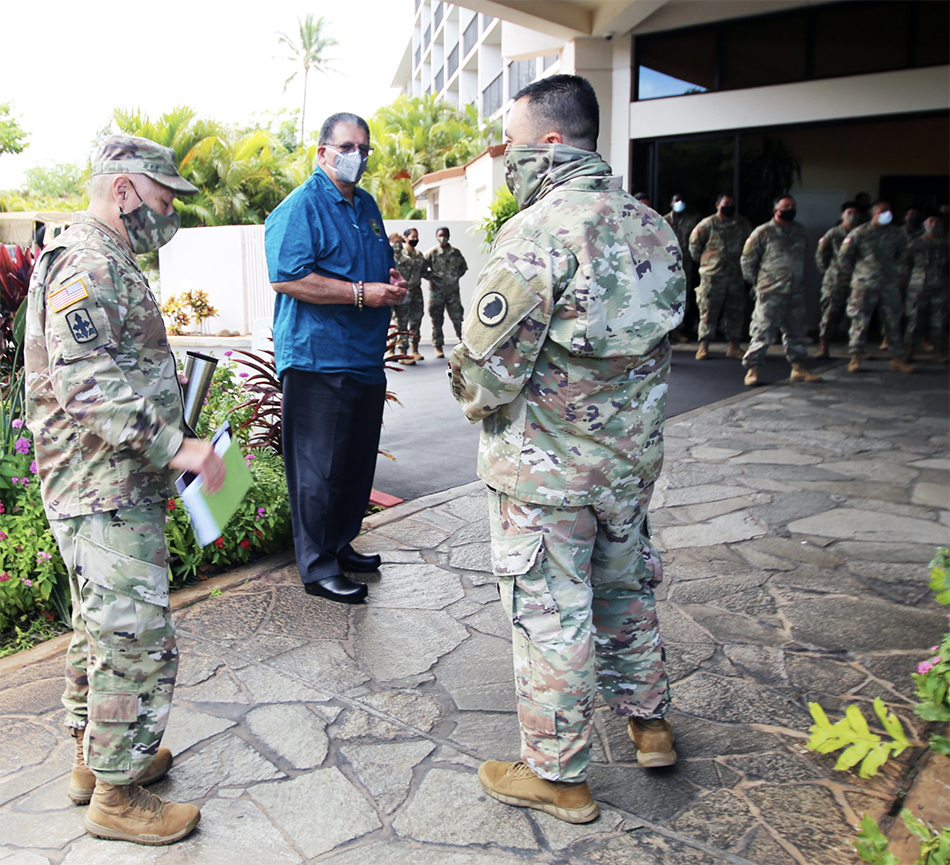 US Senator Mazie Hirono joined a letter led by Senator Patrick Leahy (D-Vt.) and signed by 32 of their colleagues calling for President Trump to restore full federal funding in states where the National Guard has been deployed to respond to the coronavirus pandemic.

Last week the Federal Emergency Management Agency reimbursement for National Guard operations was reduced from full funding to 75 percent for all states except Texas and Florida. Later, on Aug. 7, President Trump directed the federal government to cover all the costs for National Guard units in Arizona, California, and Connecticut through Sept. 30.

National Guard units have collaborated with state and local officials to assist with testing, food distribution, and other urgent community health needs. According to Sen. Hirono, states and territories will now have to pay for National Guard operations up front before requesting a lower reimbursement rate. “This shift in reimbursement rates forces states to pay more for emergency services at a time when they are facing significant budget shortfalls,” according to Sen. Hirono.

In Hawaiʻi, the National Guard has increased the state’s capacity to meet the public health emergency brought on by the pandemic. The National Guard has performed temperature checks and symptom screenings on thousands of airport passengers, assisted with various medical projects like transporting beds and masks, supported the Department of Health with swabbing tests on Oʻahu, Hawaiʻi Island, and Maui, and helped with traffic and security during food drive and distribution efforts on Maui, Kauaʻi, and Hawaiʻi Island, among other missions.

The Senators wrote, “This new determination to reduce the cost share comes at the worst possible time, as positive cases continue to rise, and food security and other basic needs increase due to the ongoing economic impact of the pandemic. Further, by singling out Florida and Texas for a full cost share as other states face challenges of similar magnitude, the decision appears arbitrary and without justification.”