The comments come after he discussed the idea during a press conference on Friday.

Today he released a video message saying, “I would like to set the record straight and let the public know the facts. Discussions to establish resort bubbles are in the very early stages. A lot of work still needs to be done, and we still have concerns that need to be addressed. Also, there has never been any consideration to privatize beaches. All beach parks, beaches and public access to beaches are open and will remain open.”

The comments come on the heels of his announcement on Friday that geo-fencing is being discussed at two hotel properties in South Maui.  The Mayor toured the Four Seasons and Wailea Marriott last week to get briefed on plans for accommodating guests.

Under one plan, guests would receive a bracelet that locks and unlocks the door and allows access to swimming, but will trigger an alarm if the guest leaves the property.

During the press conference he speculated that some hotels may be able to open in the next 2-5 weeks depending on what happens with trans-Pacific travel. But realistically, he said, he does not believe things will change until the middle of September.

“The resort bubble concept is being considered to make progress toward getting our residents back to work. But, in everything that we do, our first priority is for the health and safety of our residents. The hotel workers’ unions must be consulted by the visitor industry before any plans move forward,” said Mayor Victorino.

In response to Maui Now’s question about where approvals for such a program would come from, he said the concept is still in the development sages and could not provide an answer.

He concluded his video address saying, “We need everyone’s help in limiting the spread of COVID-19. I remind everyone to practice safe habits, including wearing your face mask in public, practicing physical distancing of at least 6 to 10 feet, staying home when you’re feeling ill, avoiding groups of more than 10 people and washing your hands frequently. Everyone needs to do their part to keep Maui County strong.”

Scroll Down to Read 43 Comments 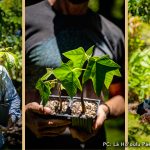 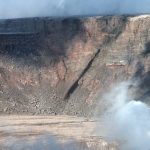 HVO: Water Was in Kīlauea Caldera Before the 2018 Summit Collapse

ARTICLE COMMENTS ( 43 )
This comments section is a public community forum for the purpose of free expression. Although Maui Now encourages respectful communication only, some content may be considered offensive. Please view at your own discretion.
I Understand, Show Comments