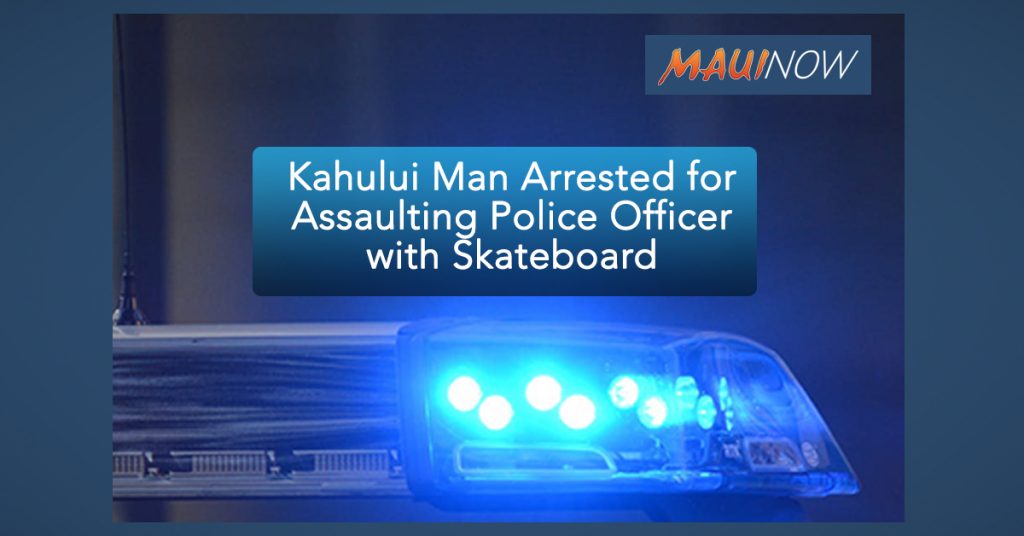 A Kahului man was arrested after he allegedly assaulted a police officer with a skateboard.  The incident stemmed from an encounter in which police approached Daniel Opupele after observing him allegedly damaging property located at 7 East Kaʻahumanu Avenue.

Police say that upon contact, the 35-year-old man “picked up the skateboard he was riding and with full force, threw it at an officer, striking him.”

Police say Opupele “refused to comply with repeated police orders, and continued to resist as officers attempted to place him under arrest.”  Once in police custody, police say, “Opupele continued to resist by yelling and kicking as he was being placed within a marked patrol vehicle.”