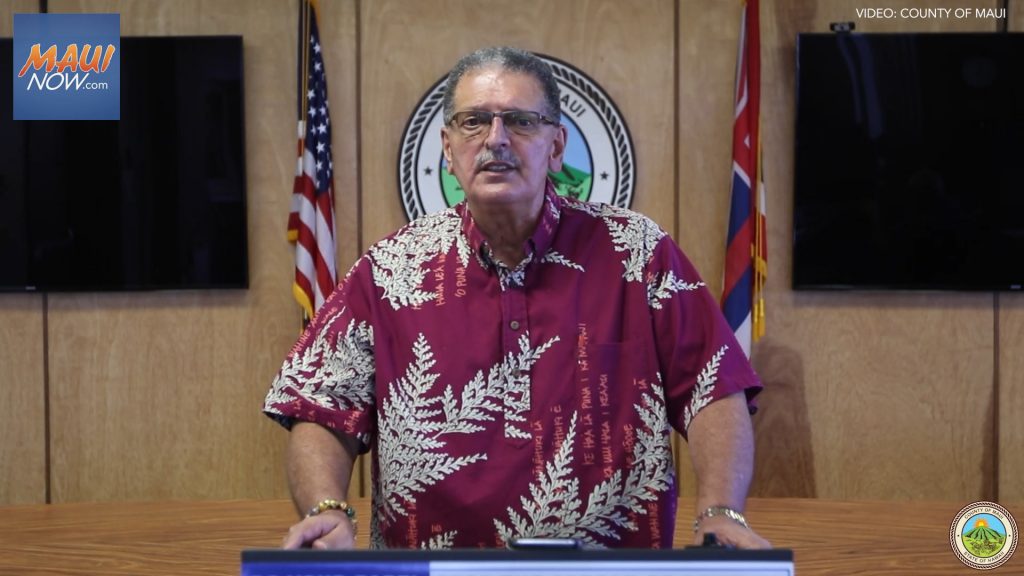 Maui Mayor Michael Victornio is looking at potential reinstatement of restrictions with a focus first on gatherings if Maui’s COVID-19 community response does not improve by Monday.

“We’re getting close.  I think time is running out very quickly.  I don’t need much more targeting numbers. I think we’ve got enough right now.  But I’ve got a few more days… I’ve got a long weekend coming up.  I’m still leaving it to the public to show me they can do better, if not, then I can implement change on Monday,” said Mayor Victorio.

Maui recorded 20 new cases on Wednesday, and there’s been 45 cases identified at the hospital over the past week.  Still, the majority of active cases, more than 95% of them are on the island of Oʻahu.

“Statewide active cases right now, we have 3,590. I never thought I’d dream that number up. It is extremely disturbing and difficult to comprehend, but we are here and I believe we in Maui County have an opportunity to stem the tide and turn it around,” said Mayor Victorino.

When asked what type of closures would be prioritized, the mayor said he would look first at gatherings such as sporing events that have drawn families without social distancing or masking.  He also mentioned parks and beach parks as possible considerations for restrictions.