Ellison spoke in fluent Japanese during his speech at a JCSM event in January, sharing his plan to further promote the language through various activities. PC: Japanese Cultural Society of Maui

The Japanese Cultural Society of Maui is calling Maui high school students who graduated this year to apply for their 2020 cultural scholarships, including a new scholarship honoring its late president, Asa Ellison. Applicants will be awarded $1,000 scholarships for demonstrating their involvement in perpetuating Japanese culture and/or language in the community. 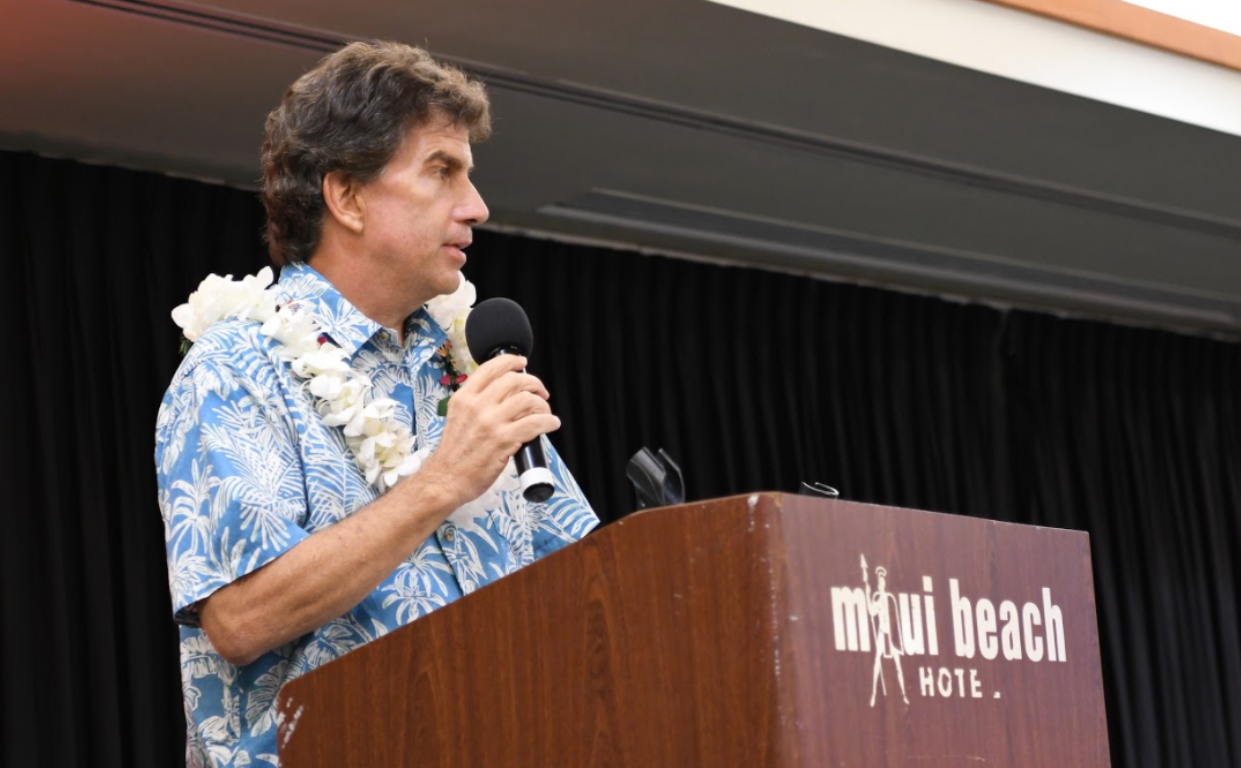 Ellison spoke in fluent Japanese during his speech at a JCSM event in January, sharing his plan to further promote the language through various activities. PC: Japanese Cultural Society of Maui

JCSM will select three applicants who have a record of community involvement, specifically in the perpetuation of the Japanese culture, and have an intent to continue involvement. This could be in performing or martial arts, Japanese crafts, preservation of traditional customs, culinary, visual arts and anime, pop culture, fashion, business and technology, history and many others.

Beginning this year, JCSM will also select one $1000 recipient of the Asa Ellison Memorial Scholarship Award for an applicant who has shown grit in learning and in the perpetuation of the Japanese language.

JCSM honors its late president Asa Ellison who unexpectedly passed away in March because of cancer. Ellison was a tour guide with JTB, a celebrated photographer and has served on the JCSM board for many years. He began learning Nihongo (Japanese language) as a student of then-Maui Community College and fully embraced the Japanese culture since. Ellison spoke Japanese fluently and often shared about the importance of perpetuating the language in JCSM’s mission.

“The organization mourns our dear friend Asa’s passing, and coupled with the challenges brought by the pandemic, our scholarship program is a bit late this year – but better late than never,” said Deron Furukawa who serves as an interim president. “It’s a difficult time for everyone and we know the money will help. We also decided to honor Asa’s memory and his love for the Japanese language by supporting our scholars.”

The Asa Ellison Memorial Scholarship is given to an applicant who may be studying the language, teaching the language, or has demonstrated commitment to use the language moving forward. Eligibility and requirements to apply are the same.

The application form is available on jcsmaui.org and the deadline to submit is October 15. Email [email protected] for inquiries.