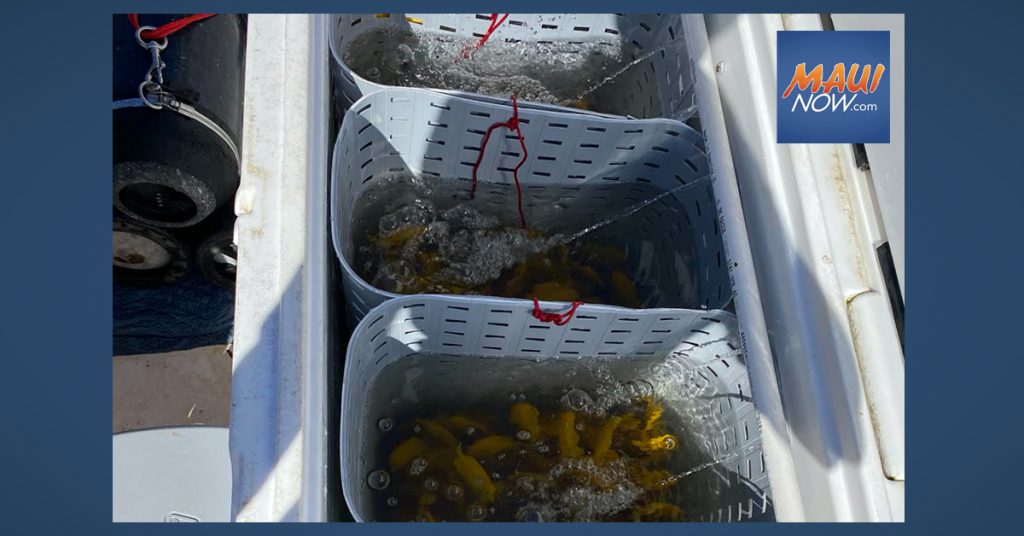 A Nāʻālehu man was arrested for 16 alleged violations involving the illegal take of hundreds of fish off the south coast of Hawaiʻi Island.

The alleged violations were observed on Thursday when a DLNR Division of Conservation and Resources Enforcement officer spotted a vessel in the West Hawai‘i Regional Fisheries Management Area, off South Point. The DOCARE officer maintained surveillance on the boat during the day and then a team of officers boarded it, as they suspected aquatic resources violations.

The vessel’s operator, 47-year-old Jason Beevers, of Nāʻālehu was arrested for a total of 16 petty misdemeanor violations.  He was booked and released on his own recognizance. He will be required to appear on the charges and could face fines, imprisonment, and administrative penalties if convicted. All the fishing gear connected to the violations were seized as evidence.

“We appreciate the hard work of the team of officers who were involved in this case” said DOCARE Enforcement Chief Jason Redulla.  “While our officers continue to provide for everyone’s safety during the current COVID-19 crisis, we continue to be on the lookout for natural resource violations” Redulla added.