The new presumptive cases were identified this morning through a fourth round of onsite testing conducted on 86 employees at the Wailuku Police Station. The rapid testing is made possible in coordination with the state Department of Health.

The tests were conducted on employees who may have had first person contact with one of the three earlier confirmed COVID-19 positive cases, or with the additional seven presumptive cases identified during testing on Aug. 31.

Additional tests were administered to the 10 employees who were identified as presumptive positive today, and lab results are pending. In the meantime, they are in isolation and include a combination of sworn and civilian employees.

Police say the seven employees identified as presumptive positive during earlier tests, but are now negative, continue to follow the guidelines and recommendations.

“The Maui Police Department continues to take necessary precautions to minimize the spread, and enhance the safety for our personnel and the community. include commercial sanitizing, additional testing, expanding and encouraging testing for all first responders, and limiting face to face by utilizing electronic means when possible,” police said in a press release update. 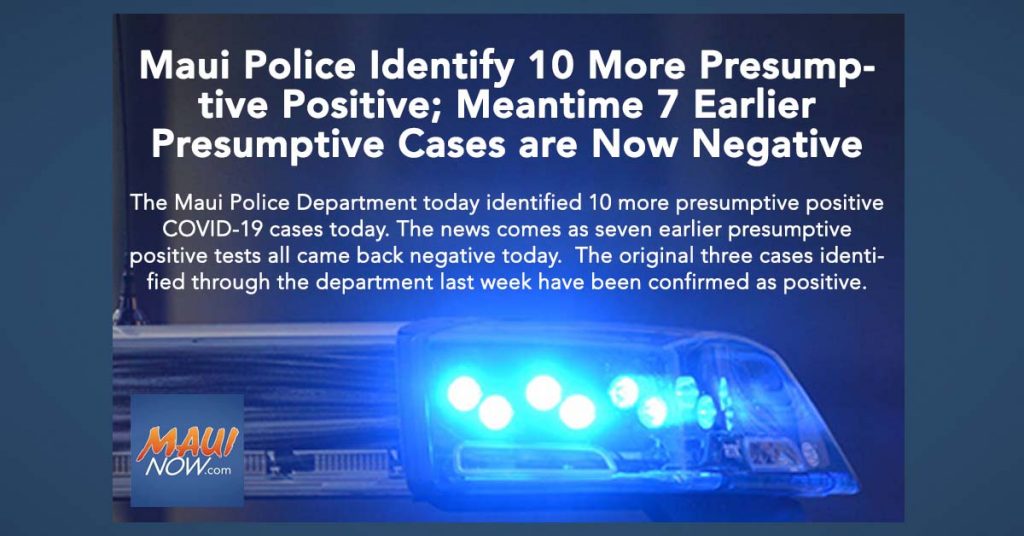