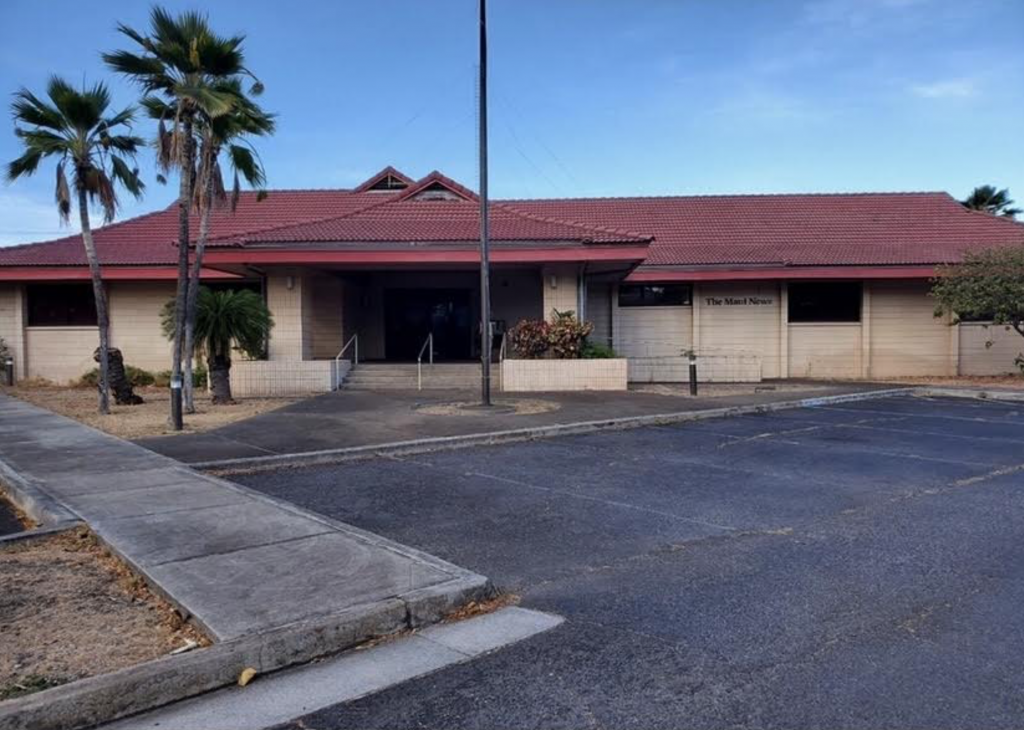 Workers at The Maui News bargaining their next contract face potential outsourcing of advertising work, editing stories and designing pages, according to the the Pacific Media Workers Guild.  The Guild represents approximately 100 employees at The Maui News, Honolulu Star-Advertiser and the Hawaiʻi Tribune-Herald, and more than 700 workers in California.

The Guild has been meeting roughly every two to three weeks and is scheduled to reconvene for its next bargaining session on Sept. 15.

“As far as the Guild is concerned, there cannot be outsourcing unless we have an agreement in place — that’s the very reason we’re concerned about the company proposing it as part of an agreement. We don’t want a ‘blank check’ for Ogden to move news coverage, sales or service away from Maui County.” said Brad Sherman, Guild administrative officer.

Guile’s representatives say the plan comes at a time “when local coverage and service are absolutely vital for health and safety.”

“Having people in Utah, Iowa or West Virginia making editorial decisions on stories, headlines and page design will just lead to inaccuracies, major cultural insensitivities and poor story selection,” said managing editor Lee Imada, a 39-year veteran of the paper. “How could those editors understand the wonderful diversity and nuances of this complex community of ours? It would rip the soul from The Maui News and would not be a good move for the community and readers we serve.”

Some workers have been on unpaid furloughs that began in April, and there has been proposals for reductions to severance pay. “They have also been willing to volunteer for buyouts to create additional savings for the company, and even offered to accept a company-proposed change to how layoffs would take place,” according to the Guild.

According to the Guild, the West Virginia-based headquarters for Ogden have indicated they also seek to be able to outsource advertising work.  The union argues this would limit the ability of local workers to collaborate with Maui County businesses for a source of revenue that keeps the paper functional.

“Outsourcing services that depend on personal contact, such as outside sales, news reporting and editing, would be especially harmful to our local newspaper,” said Wendy Isbell, a sales representative and chair of the Guild bargaining unit at The Maui News, where she has worked since 1989. “I don’t understand how one would expect to outsource sales to somewhere that doesn’t understand Hawaiʻi’s culture. Being a lifetime resident and building lasting relationships with my clients for more than 30 years has led them to trust The Maui News.”

Union representatives say, “… being realistic about dollars and cents is one thing — farming out work is quite another. Be it digital or print, we need community work to be done by community workers.”

The Guild is urging supporters of the newspaper to reach out to The Maui News publisher Bart Leath to tell him they support the workers behind the publication.

Prior to the pandemic, The Maui News was already facing a challenging business climate and ceased printing its Sunday on June 30, 2019. transitioning to a six-days a week publication

The Maui News is not the only Hawaiʻi publication facing impacts of the pandemic.  In June, the Honolulu Star-Advertiser’s management and newsroom workers reached an agreement that combined voluntary staff departures and furloughs to achieve savings to help the newspaper navigate the economic downturn caused by the coronavirus pandemic.