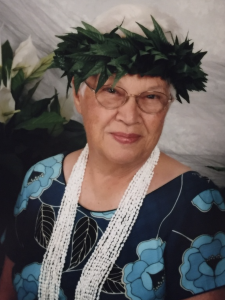 Catherine Florence Thomas (1927 – 2020) a faithful wife, loving mom, beautiful grandmother and precious great-grandmother, passed away on Aug. 26, 2020 at the age of 92, in the privacy of her own home surrounded by loved ones, and entered into the loving arms of her Lord and Savior, Jesus Christ.

Catherine was born on Nov. 9, 1927 at St Anthony’s Hospital. She grew up in the town of Wailuku, Maui, in the home of Aloysius S. and Annie C. Spenser along with her 10 siblings. She graduated in 1945 from St. Anthony’s High School and after graduating, pursued a vocation in nursing at the St. Francis Nursing School on Oʻahu. Her nursing career began at the Kuakini Children’s Hospital in Honolulu, and she eventually became the Head Nurse of the Pediatric Outpatient Department at the Kapiolani Women and Children’s Medical Center, where she selflessly served to the families of Hawaiʻi for over 30 years until her retirement.

Her love for family and her Catholic faith drew her and her late husband, Walter N. Thomas Jr. (Billy) together in holy matrimony on Feb. 23, 1952. Beginning in 1953 with the birth of their first son, Walter N. Thomas, III, they would raise eight sons and three daughters together in Kaneʻohe on the island of Oʻahu.

While raising her children on Oʻahu, Catherine believed in laughter while living, serving her church and community. She loved playing the ʻukulele on Sunday afternoons to entertain her children and would never say no to a game of Scrabble. She was a member of the St. Ann’s Catholic Church Altar and Rosary Society, volunteered at the annual church carnival and served the parish on a regular basis.

Catherine, “Mommy,” as she was affectionately called by her kids, was always available to attend band recitals, sporting events, and other events where her children would be performing or recognized for a special accomplishment. Throughout her lifetime, she attended each of her children’s weddings, witnessed as a son received a commission as a military officer, attended several graduation ceremonies and experienced the joy of holding many of her grandchildren and great-grandchildren in her arms. She will be missed by all. 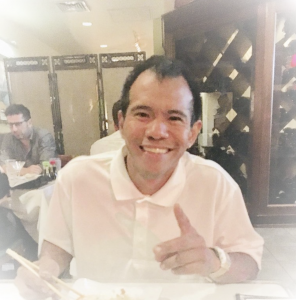 Celebration of life of Andrew “Albert” Manegdeg will be announce in a later date.

Teresa was originally born and raised in New Jersey and moved to Maui in 2005 where she lived with her daughter Michelle. Teresa received her Bachelor’s Degree at Rutgers University in New Jersey and was an elementary school teacher for many years before deciding to change careers.  She opened a small business of her own, a swanky clothing boutique on the beach at the jersey shore.  She also had lots of fun going into NYC to do all her buying for her store.

Upon retirement she moved to Arizona for a few years before she ended up here on Maui.

Many who knew Teresa called her Terry. She will be remembered as a woman who was a class act, a woman with swag, a woman of style.

She was somewhat old school, an Italian lady who often got told she looked like Sophia Lauren. She enjoyed to the max, wining and dining. She loved to dance and her favorite hobby was the casino.  She had a great sense of humor and her laugh was infectious. 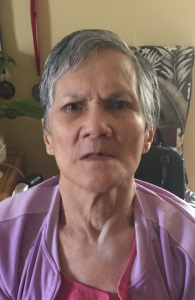 Celebration of life services will be held at a later date.

Online condolences may be posted on www.ballardfamilymortuaries.com. Services provided by Ballard Family Mortuary-Kona. 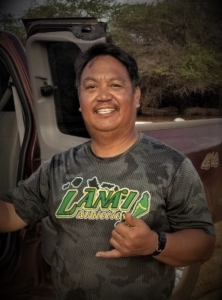 Mark Bumanglag Cainguitan, 51 of Lānaʻi City, Hawaiʻi peacefully passed away on Monday, Aug. 24, 2020. He was born in Lānaʻi City, Hawaiʻi on May 10, 1969 to Angel Sr. and Melania Cainguitan. Mark was a cherished son, beloved brother, caring uncle and dear friend. He enjoyed hunting, fishing, camping, and cruising from mauka to makai.

Mark was diagnosed with lung cancer in 2016 and battled with it the last four years as it spread throughout his body. Stubborn and strong, he never let the sickness dampen his smile, his contagious laughter, or his huge bear hugs that never failed to make you feel loved. And although he was alone in Maui Memorial Medical Center, he was held dearly in the thoughts and prayers of all who loved him.

Services will be held at a later date. The family thanks you for your love and prayers during this difficult time.  Arrangements by Norman’s Mortuary 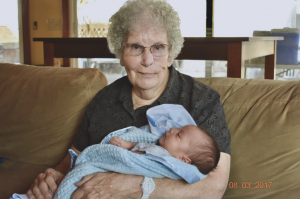 She is survived by her brothers Gary Huffman, of San Diego, CA; Darcy Kuronen, of Boston,MA; son Todd Jung of Laplata, MO; daughters Tina Jung of Rockford, IL ; Pamela Luepkes of Kamuela, HI. She had five grandchildren and four great-grandchildren.

Services will be held at Osheim & Schmidt Funeral Home of Rapid City at 12 p.m. on Sept. 10, 2020. Followed by procession to Black Hills National Cemetery near Sturgis. Osheimschmidt.com 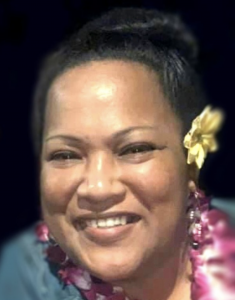 Services will be held at Ballards Mortuary Saturday, Sept. 19 from 9 a.m. to 12 p.m. for a drive-through viewing ONLY (No getting out of your vehicle), burial to follow at Ka Home Ma Ha Mau Waiheʻe.

It is mandatory to wear a mask at all times when you attending the drive through viewing. Please always practice social distancing and limit contact to avoid the spread of the COVID virus. Mahalo for your understanding.

Celebration of life and scattering of ashes to be held at a later date. Arrangements by Ballard Family Mortuary Hilo. 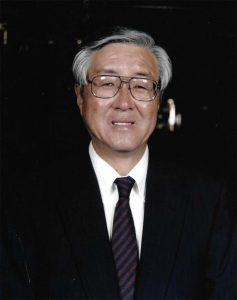 Howard grew up on Maui, attended Kaunoa School, and was a proud graduate of Baldwin High School (Class of 1955). He received a master’s degree in Engineering from Cornell University. After graduating from college, Howard returned to Hawaiʻi and married his junior prom date, Janis Matsui.

Howard was a planner by nature. He began his career in Honolulu as an engineer with the State of Hawaiʻi. Several years later, he returned to Maui and joined the County of Maui Planning Department as an engineer. He became Planning Director at the age of 31. After several years as Planning Director, Howard opened his own planning consulting practice. With a love for his community, when Mayor Hannibal Tavares reached out to him to rejoin the County of Maui, this time as Managing Director, Howard said, “Yes.”

Howard later joined Alexander & Baldwin as a Vice President, where one of his key responsibilities was to guide the development of the Wailea Resort area. After A&B sold Wailea, Howard became President and Chief Executive Officer of Wailea Development Company, where he led Wailea until his retirement.

Howard was recognized throughout the business community as a person of quiet intelligence, insightful counsel and tremendous integrity. He cared deeply about his employees, serving as a mentor to many. He also had many friends who enjoyed his kind, generous spirit and warm personality.

Howard loved giving back to the Maui community. He served on many Boards, including the Alexander & Baldwin Sugar Museum Board, Maui Economic Development Board, University of Hawaiʻi Maui College Chancellor Advisory Council, Maui Memorial Hospital Board, and Maui Leadership Council of the Hawaiʻi Community Foundation.

Other interests also kept Howard’s life rich and full. He and Jan were avid travelers, particularly after his retirement. They traveled extensively around the world, often with their loyal travel gang. Howard also was a huge sports fan and faithfully cheered on his beloved Los Angeles Dodgers and San Francisco 49ers. He enjoyed a friendly round of golf (often finishing at the 19th hole), a good book and a catchy country tune.

Howard had a remarkable career, but he always said that his greatest achievement was his family. He was a devoted family man, and immensely proud of his three children and five grandchildren. His greatest joy was seeing all five grandchildren playing together happily at his Wailuku home. He also loved attending their various sporting and other events, and taking them on family trips.

Private services were held. Remembrances may be shared online at www.ballardfamilymotuaries.com. The family respectfully requests that no koden be sent. 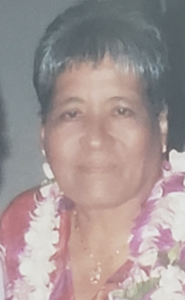 She came to Hawaiʻi in July 1972. She was a hard worker and took a few different jobs to make ends meet from housekeeper to kitchen help. She worked as a field worker for Pioneer Mill Co. in Lahaina the longest before she retired at the age of 62. She enjoyed going to parties with close family and friends and most of all she loved gardening and taking care of her orchids.

For the extended family and friends who wish to pay their last respects or condolences, please call (808) 661-3224 so family can let you know the date of the funeral service.Thank you for your understanding and cooperation during this time. As a reminder we ask you to please wear a face mask and practice social distancing. This is not only for your safety, but for our safety as well. 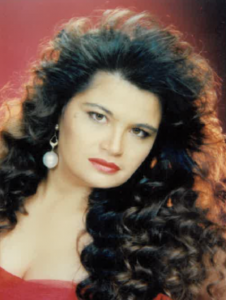 Desiree attended St. Anthony Catholic School Maui from kindergarten until she graduated in 1981. She worked as an Office Assistant III for the State of Hawaiʻi, Department of Human Services (Child Care Licensing).

“We will miss her smile, laughter and the kind person she was. She was courageous and loved her family and friends,” family said.

The Daguay ʻohana would like to extend immense gratitude to Dr. Rosaro of Kaiser Maui Lani Clinic, Dr. Chuang and the nursing staff of the oncology department of Kaiser Wailuku, Dr. Falit and the staff at the Pacific Cancer Institute, the physicians and nurses at Kaiser Moanalua Hospital on Oʻahu and Maui Memorial Medical Center. To Hospice Maui Dr. Farmer, Luciana, Barbara, Dan and Nalani for the incredible care they provided. To Misty Fukushima and the staff of the Department of Human Services (Child Care Licensing Maui) for the State of Hawaiʻi. Condolences to: www.ballardfamilymortuaries.com 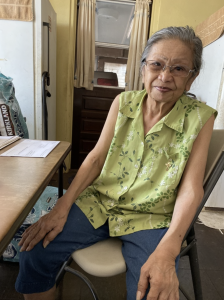 Patricia Juario is survived by her sister Angelita (Bisera) Vasquez. Patricia was predeceased by her husband Emilio Juario. Her brothers are Jose, Benito and Domingo Bisera. Her sisters are Lani Baho, Roselani Cacal and Inis Bisera. Private family services will be held. Condolences to: www.ballardfamilymortuaries.com 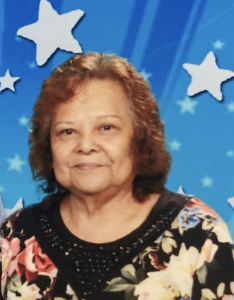