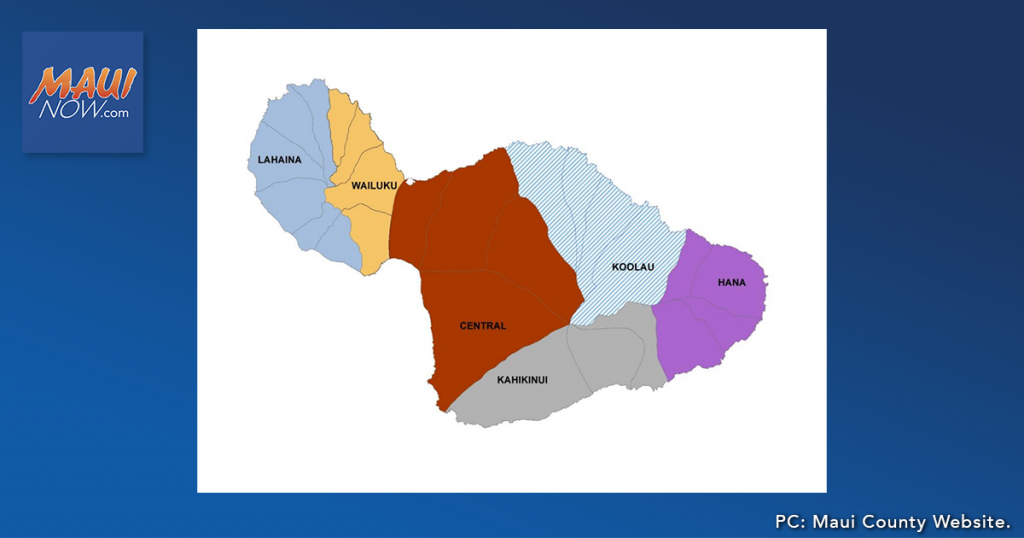 The nonprofit Maui Tomorrow organization is urging the Maui County Council to defer a vote on adopting a plan by the Maui Island Water Use and Development Plan to drill wells in the Haʻikū aquifer.

According to the organization, residents of both Haʻikū and Pāʻia have expressed concerns about the plan to the Board of Water Supply.  Those opposed to the project say the well would send millions of gallons of water a day to central and south Maui for “burgeoning future water needs” in those areas.

The group is asking for the deferral of a vote on adopting the plan from Sept. 11 to a later date.

“Most people where I live in the Koʻolau region are not aware that the WUDP appears to offer a major strategy of reducing pumping of the ʻĪao Aquifer from 16 mgd (million gallons a day) to 9 mgd, and spending nearly $100 million to drill a bunch of wells in Haʻikū because there is hope that there are 24 mgd of water available there,” said resident Lucienne de Naie in testimony provided on behalf of Maui Tomorrow.

“The Haʻikū well strategy is being put forward even though no geologic, environmental or stream use studies have been done on the Haʻikū aquifer,” according to Jeffrey Parker, Director of the Coalition to Protect East Maui Water Resources.

“The WUDP clearly anticipates the removal of Haʻikū water and sending it to central and south Maui to ‘meet planned growth,’” Parker said in written testimony.

Other testifiers said they want a new meeting to ask the County questions about its plans for Haʻikū’s water resources, including stream restoration and water meters.

The WUDP, which hasn’t been updated for almost 30 years, has been moving through the county Department of Water Supply for the past five years. Maui Tomorrow notes that most early DWS meetings took place in 2016, when Alexander & Baldwin was still growing sugar cane on land that has since been purchased by Mahi Pono.

In late 2018, the BWS held five public meetings to get public input on the plan—in Lahaina, Kīhei, Wailuku, Hāna and Pukalani.

“Do not use this pandemic as a way to slide this vote through without any manaʻo from the community,” Francine “Aunty Mopsy” Aarona told the board. “If this is a plan for all of us, the people of Pāʻia and Haʻikū need to be a part of this conversation before final decisions are made.”

Maui Tomorrow Foundation urges the Maui County Council to defer its final vote on the Water Use and Development Plan until there is specific outreach to the Haʻikū/Pāʻia community regarding the transfer of water from Haʻikū to south and central Maui.