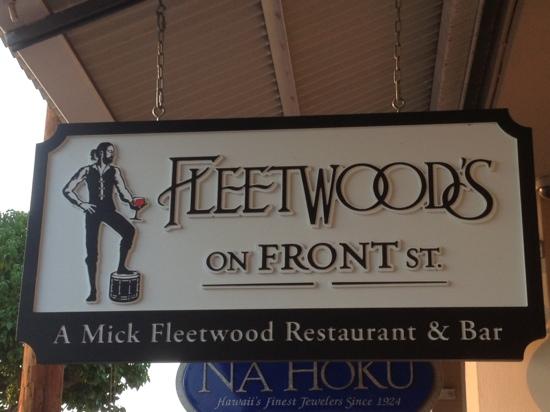 There was some confusion that the restaurant owned by Mick Fleetwood of the band Fleetwood Mac would not reopen due to a WARN — Worker Adjustment and Retraining Act — notice that was filed last week with the state Department of Labor and Industrial Relations.

The WARN notice stated that Fleetwood’s may permanently lay off 129 employees due to “unforeseeable business circumstances due to COVID-19 and the extension of travel restrictions on international, out-of-state, and inter-island visitors issued by governing authorities.”

But Leal said the notice was “just a legal requirement enacted in the 80s” for employers to file when employees had been temporarily laid off for six months. Fleetwood’s shut down operations March 18 when restaurants were mandated to close by the state due to the Coronavirus. Like most of the tourist-dependent Front Street businesses, Fleetwood’s has been closed ever since.

Leal said she notified her employees right away that the WARN notice was just a formality and that the restaurant’s plan was to reopen when travelers could become exempt from the 14-day quarantine. She said Oct. 15 for a reopen date is a possibility, but is waiting to see if the pre-traveling testing option “sticks.”

“We’ve seen the date change a few times,” she said.

Gov. David Ige signed an emergency proclamation Wednesday that exempts travelers, now starting Oct. 15, from having to quarantine for 14 days if they provide written confirmation from a state approved COVID-19 testing facility of a negative test result within 72 hours from the final leg of departure to Hawaii.

“We likely will have to start out small,” Leal said of bringing back the restaurant’s 129 furloughed employees. “But we hope to eventually bring back our entire team. They all are amazing.”