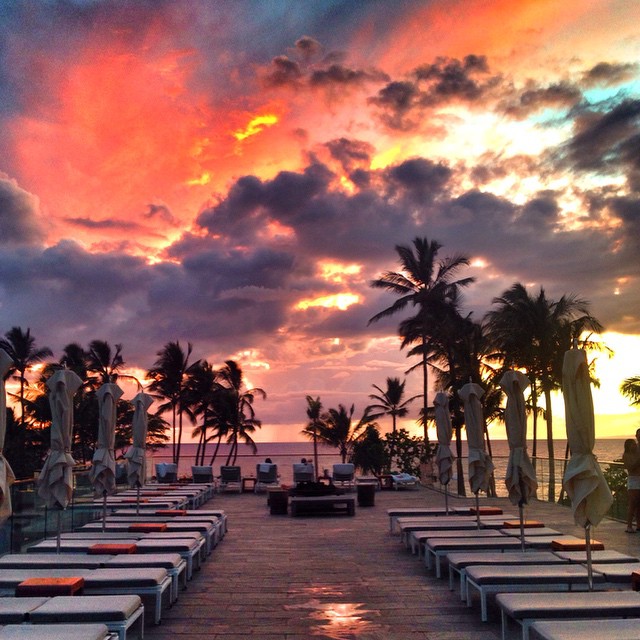 Maui Film Commissioner Tracy Bennett provided an update on the production of the reality TV show, Temptation Island, which starts filming this week at the Andaz Maui at Wailea resort.

He said that while Temptation Island is the first production to return since the pandemic began, there are two more productions that plan to start filming on Maui before the end of the year.

According to Bennett, more than 1,000 COVID-19 tests have been performed as part of the Temptation Island operation, all of which have come back negative for the virus.

“We feel like we’re trying to set a precedent here with other productions coming to Maui,” said Bennett in reference to the protocols established by the industry and production crew to prevent the spread of COVID-19 while work is underway.

Bennett provided a rundown of “a typical day in the life of a crew member on Temptation Island,” saying, “Once you wake up, you get on your app–your Medcor app–you fill out a health questionnaire and talk about any symptoms you may have.  You then put your mask on, leave your room, go to a temperature check station and a screening center.   At that point, if everything is good, you’re awarded a wristband for the day (a color-coded wristband), and you also have a badge with your name and your photo and a zone that you’re allowed to be in.  Depending how long you’ve quarantined and depending on the number of tests you’ve done, you graduate to another zone thereafter.”

Bennett said everything seems to be going well, but there was some concern in the last couple of days about film crew allegedly blocking the beach pathway or beach access in Wailea, “which was not true,” he said.

“There was a section of grass and an imu pit on the makai side of the beach pathway in front of the Andaz that happens to be Andaz property; and the beach pathway itself is actually controlled by the Wailea Community Association.  So there is some fencing up and there are cones with signs directing people where they can and can’t be; but that particular area is considered part of the Andaz where they will be filming at some point.”

He reiterated that there is nothing that is closed to the public saying, “You might get rerouted, but definitely nothing closed. We would never let any production close beach access to our community.”

As for filming at locations other than the Andaz, Bennett said the Temptation Island crew is looking at other locations.  “While we have encouraged them to film exclusively at the Andaz, 95 percent of the show will be there.  They may leave for a couple of beauty shots… and we’ve encouraged them to find private property as well as file for the proper permits–whether it’s county or state property.”

As of Monday afternoon, there were no county permits filed by the production.  “They may try a beach scene at some point and have filed the proper permits, but those have not been approved yet and finalization is on its last leg, hopefully,” said Bennett.

“When the crew does go out, if they go out, and by law if they have done their 14-days on property, they are allowed to leave, but we are encouraging them to minimize contact with the community and encourage a small foot print of less than 20 people,” said Bennett.

On the heels of Temptation Island, a second production will be coming in.  “They also will be filming at one of our fabulous Maui resorts, almost exclusively–almost 98 percent on property.  At this time, the network [and] production is preparing a press release that they hope to have out by the end of the week,” said Bennett, who noted that the next production is not a reality or dating show.

“It’s a wonderful script by an acclaimed writer.  It’s a mini series actually that will take place at a resort with actors that have been awarded some great awards at our own Maui Film Festival,” said Bennett.

A third production is a Christmas movie that could come right around Christmas time and into the New Year.  “Those details are very limited at this point,” according to Bennett.

Bennett said he has joined the state Film Commissioner in lobbying Lieutenant Governor Josh Green on keeping the modified film and TV quarantine in place even after Oct. 15 when the state’s pre-travel testing program begins, “because we feel like we’re setting a high standard for safety.  The film industry could, and should, and will be able to do that.  So even after Oct. 15, productions that come to Maui will still have to go through the modified film and TV quarantine program and they won’t be like normal tourists that come and just have one test three days prior.”

Maui Mayor Michael Victorino also commented saying, “I’ve already made this very clear with the various film companies that are intending to come that they need to get everything, and the public needs to be informed.  We’re going to have Zoom meetings to make sure that the public has time to understand that whatever needs to be done, whatever protocols that are to be in place, will be announced and will be followed through by the film companies.

Mayor Victorino cited recent media reports saying, “Filming here in Hawaiʻi could be another plus. More companies want to come here because we have such great safety standards that have been forth, and that’s something I’m really proud of.  But I assure the public that we’re going to do everything possible to make it safe for everyone.”

Mayor Victorino said that whenever there’s been a challenge, it’s been corrected right away.  “In fact, a couple of people who refused to do certain things were sent home, and that’s the understanding and agreement we have with them… You don’t think you need to follow the policies and protocols we put in place–then thank you very much, [but] goodbye.  So far it’s worked out.  So far, so good.”