Hamada Suisan Co. Ltd., the owner of the Japanese-flagged fishing vessel, M.V. Kyoshin Maru No. 20, plead guilty, pursuant to a plea agreement, to aiding and abetting the attempted export of shark fins out of Hawaiʻi in violation of the Lacey Act, the Department of Justice announced today.

The company’s attorney entered the guilty plea in person in Honolulu on behalf of the company, and company representatives appeared by video from Japan.

The company was sentenced to pay a fine of $126,000, forfeiture of $119,000 (representing the value of the vessel), and a period of probation of three years.  This sentence represents the largest monetary penalty ever imposed for a federal shark finning case, according to the DOJ.

During the three-year probation period, the company must comply with a robust plan developed in coordination with the Department of Justice and supervised by the Probation Officer.  The company must also retire and relinquish the fishing license in Japan previously associated with the Kyoshin Maru.

According to court documents, the case arose from the November 2018 discovery of approximately 962 shark fins, weighing approximately 190 pounds, from the checked luggage of fisherman working aboard the Kyoshin Maru.

The Kyoshin Maru had engaged in longline tuna fishing in the southern Pacific Ocean for approximately one year prior, utilizing a crew of officers who were Japanese nationals and fishermen who were Indonesian nationals, according to authorities.

When sharks were caught as bycatch by the Kyoshin Maru, the fishing master of the vessel directed the crew members to haul the shark into the vessel and kill the shark, instead of cutting the line and letting the shark swim free, in order to save the hook, the DOJ reports.

“The crew members followed this instruction, though at times they cut the line when the fishing master was not looking, in order to avoid the danger of handling a live shark.  The fishermen dried the shark fins without the corresponding shark carcasses, in plain view of the captain and crew.  The Captain and the Fishing Master personally observed the shark finning that took place on the vessel, and did nothing to stop it. In the course of the voyage, crew members harvested fins from approximately 300 sharks,” according to court documents detailed by the Department of Justice.

On or about Nov. 6, 2018, the Kyoshin Maru traveled near Hawaiʻi, and its Indonesian crew members legally entered the United States in order to board return flights departing from Honolulu International Airport. During routine screening, Transportation Security Administration officers discovered the shark fins in 10 of the fishermen’s checked luggage.

The US Fish and Wildlife Service seized the shark fins, which it later determined were worth as much as $57,850 on the black market.

According to the National Oceanic and Atmospheric Administration, the oceanic whitetip shark has declined by approximately 80-95 percent across the Pacific Ocean since the mid-1990s. Other fins were from silky sharks and bigeye thresher sharks, which are also protected under the CITES Convention.

The ten Indonesian nationals with shark fins in their luggage were arrested and eventually pled guilty to a violation of the Lacey Act in United States v. Abdurahman et al., Cr. No. 18-00192 KJM.  The Captain of the vessel, the fishing master, and the other Japanese officers have been terminated from their employment with Hamada Suisan.

The Japan Fisheries Agency, which is the government agency in Japan responsible for enforcement of Japan’s shark finning laws, conducted a parallel investigation. On March 27, 2019, Japan found a violation of the country’s shark finning ordinances, and imposed an administrative penalty upon the Kyoshin Maru, specifically a “stoppage” that prohibited the vessel from operating for a period of 67 days, and also prohibited maintenance or repairs during the stoppage period.  The Kyoshin Maru did not operate and remained at port from the time it arrived in Japan after dropping off the fishermen in Honolulu, until the time it was eventually sold—a period of approximately eight months, during which the vessel deteriorated.  The parties stipulated that $119,000 in substitute assets is appropriate in lieu of forfeiture of the Kyoshin Maru, which is now beyond the control of the defendants.

At sentencing, the judge, Hon. J. Michael Seabright, described the defendant’s conduct as “callous, cruel and unnecessary.”  Judge Seabright noted that the contract used by the defendant’s manning agent in Indonesia to hire the Indonesian crew members specifically contemplated that shark finning would take place and described how to divide the proceeds.  Judge Seabright noted, however, that the company had engaged in prompt cooperation with government.  Judge Seabright said, “I hope this sentence deters long-line tuna fishermen from engaging in shark finning and causes them to comply with international norms and the rule of law. Hopefully ship owners get word of this.”

Mr. Shinichi Hamada, Managing Director of Hamada Suisan Co. Ltd., participated in the proceedings by video from Japan, with the assistance of a Japanese translator.  He apologized for the offense, accepted responsibility, and committed to changing Hamada Suisan’s corporate culture through the compliance plan.

“Shark finning is a cruel practice, prohibited by federal law, numerous states, including Hawaiʻi, and multilateral bodies to which both the United States and Japan belong,” said Principal Deputy Assistant Attorney General Jonathan D. Brightbill for the Environment and Natural Resources Division. “The sentence imposed today, and Japan’s related actions holding this Japanese company to account, reflects the seriousness of these offenses and the United States’ and international commitment to ending this practice.”

“Shark finning is inhumane, intolerable, and takes a very real toll on our precious ocean ecosystem,” said US Attorney Kenji M. Price for the District of Hawaiʻi. “My office is committed to combatting this cruel practice by prosecuting to the fullest extent of the law anyone found to be trafficking in these types of shark fins.”

The possession and sale of shark fins are regulated by several international treaties, to which both Japan and the United States are parties.  These treaties obligate member nations to pass domestic laws prohibiting the retention onboard of any part of certain protected shark species, including oceanic whitetip sharks and silky sharks; and to require shark fins to comprise no more than 5% of the weight of sharks on board, among other requirements.  Japan and the United States have passed domestic laws that implement these treaty obligations by restricting the shark fin trade.  The State of Hawaiʻi goes beyond these treaty obligations and completely bans the shark fin trade. It is unlawful to possess, sell, offer for sale, trade, or distribute shark fins in Hawaiʻi, and Hawaiʻi was the first state to impose an outright ban on the shark fin trade.

This case was investigated by the US Fish and Wildlife Service, Office of Law Enforcement, with assistance from: the National Oceanic and Atmospheric Administration, Office of Law Enforcement; Homeland Security Investigations; US Customs and Border Protection; the US Postal Inspection Service, and; the US Coast Guard. It was prosecuted by Assistant US Attorney Marc A. Wallenstein, US Attorney’s Office for the District of Hawaiʻi, and Senior Counsel for Wildlife Programs Elinor Colbourn, Environmental Crimes Section, US Department of Justice. The prosecution team coordinated with the US Department of State on this matter. 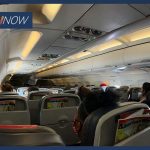 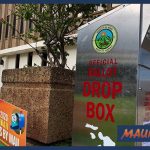