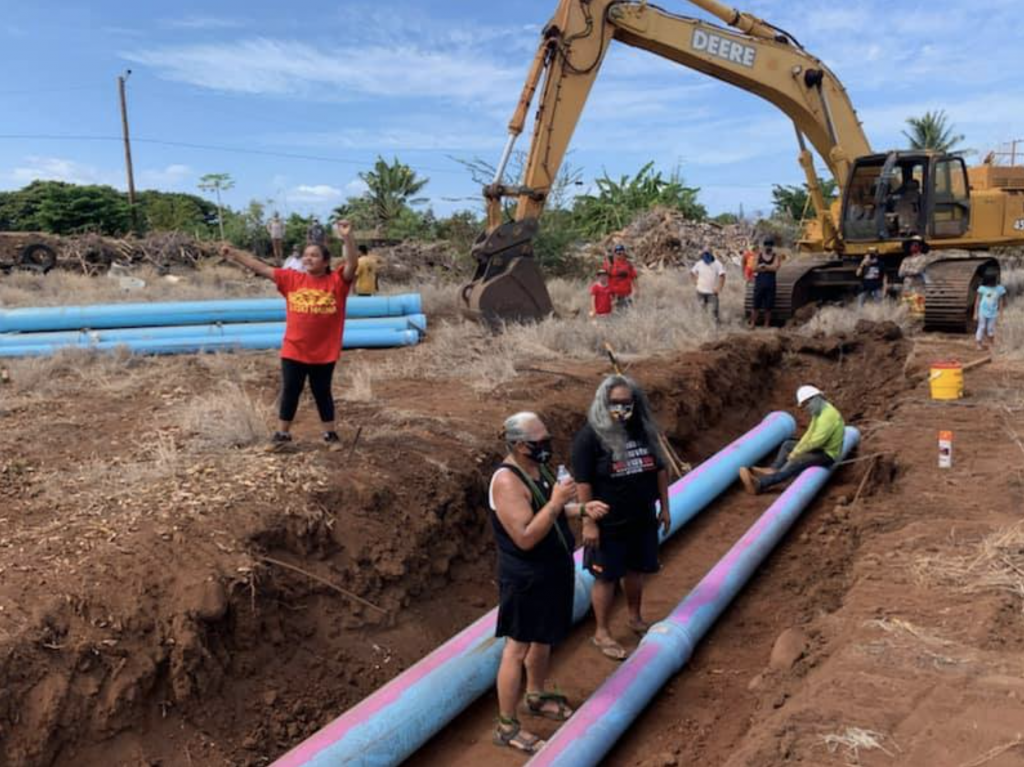 Five Maui women who were positioned in a trench at a West Maui construction site, in protection of ancestral burials on Tuesday, were placed under citizen’s arrest for allegations involving second degree criminal trespass.

The group gathered at a West Maui Land Construction job site along Hōkiokioko Place below the Honoapiʻilani Highway on Tuesday morning and the arrests occurred in the early afternoon.

Police say the group that converged at the site included approximately 20 adults and children.  According to police reports, five women climbed down into a trench that was being dug to place water lines within.

Police say the group was offered an alternate area to protest located “a safe distance away from the heavy machinery,” but say “the parties refused to leave the active trenching area.”

Those arrested included: Uilani Kapu, 55; Lindal Magalianes, 57; Victoria Kahina-Palafox, 64; Kahikalani Niles, 35; and Consuelo Apolo-Gonsalvez, 47.  All are residents of Lahaina, Maui; and all were released after posting bail.

Members of the group say they were “peacefully protecting ancestral burial sites from desecration,” and allege that work being done involves “unpermitted grading and trenching activities through several parcels of land – including the Pioneer Mill cemetery, disputed kuleana land parcels and the old government road portion of Mill Street.”

Maui Now reached out to West Maui Land via email, but did not receive a response at the time of this posting. (This article may be amended if more information is received later today). 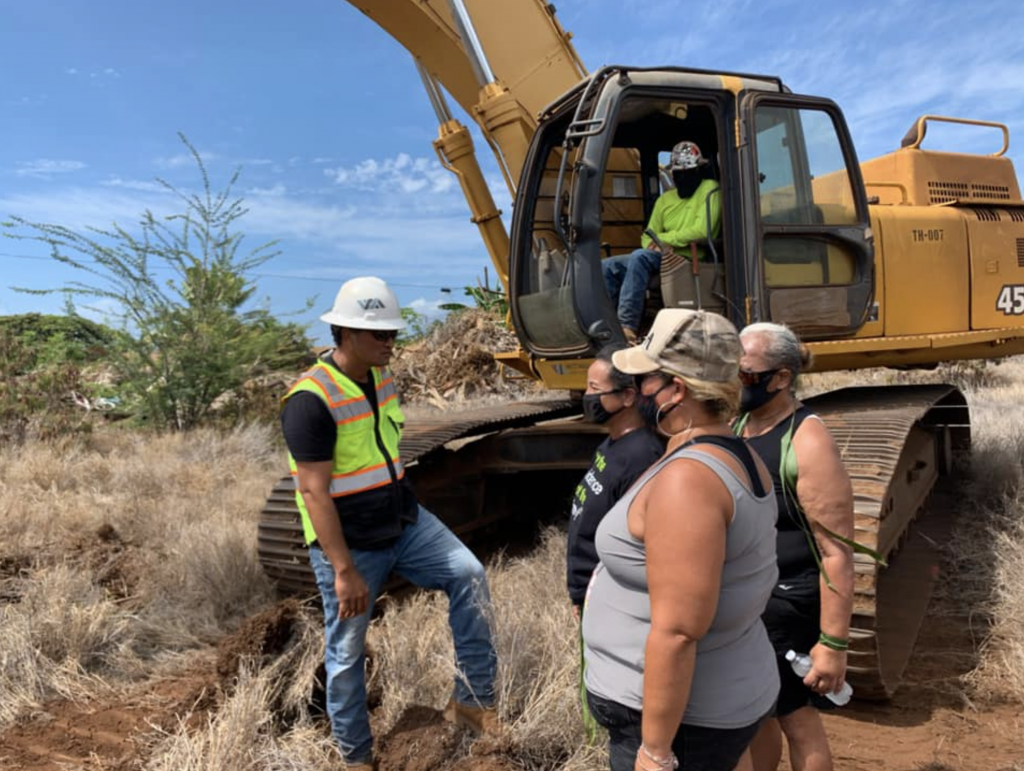 “The area is full of burials and other cultural and historic features. Descendants of the the burials have sought to have multiple county and state agencies intervene over the past few months so that appropriate archaeological studies could be performed,” members said in a prepared statement.

Members of the group who claim ownership interest in the lands and descendants of the burials also sought to make citizen’s arrests of the employees on site, but say police declined to do so.

The group claims that the county’s real property tax records are not evidence of ownership, and say the descendants of the burials and those with kuleana interest are the true owners.

They are asking the Mayor to step in, and say the matter “should more appropriately be resolved by the court” instead of police intervention.

The group will gather again today “to continue to protect the burials as well as various families’ property interests in their families’ kuleana lands.” 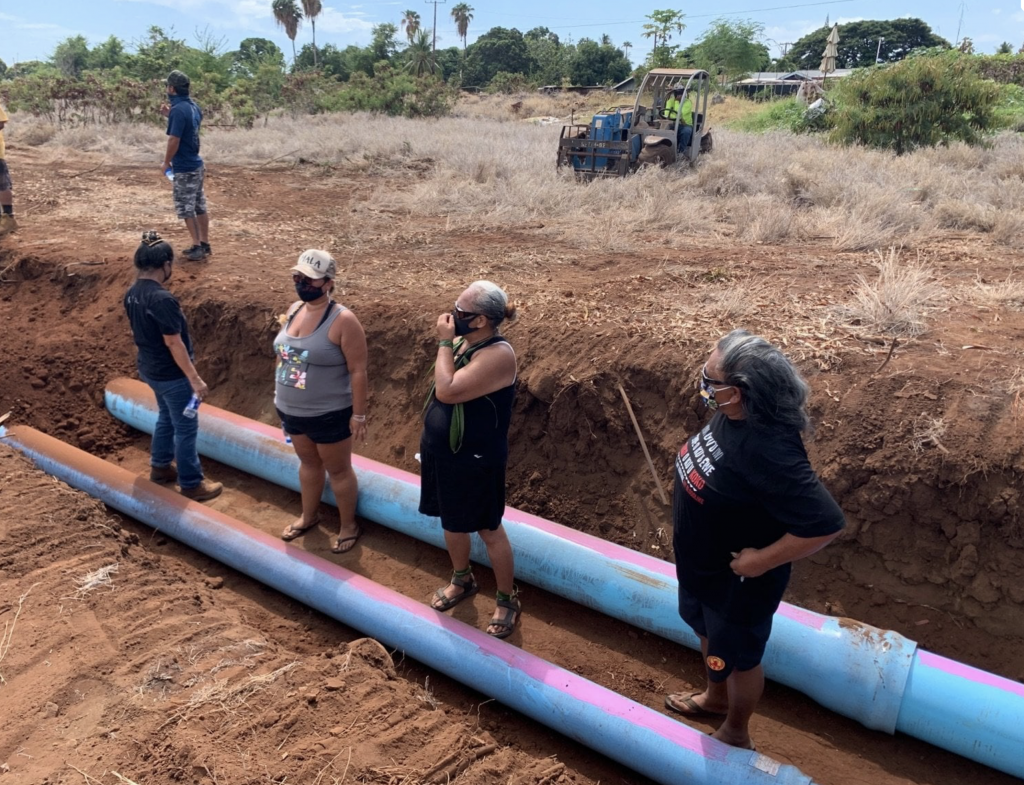 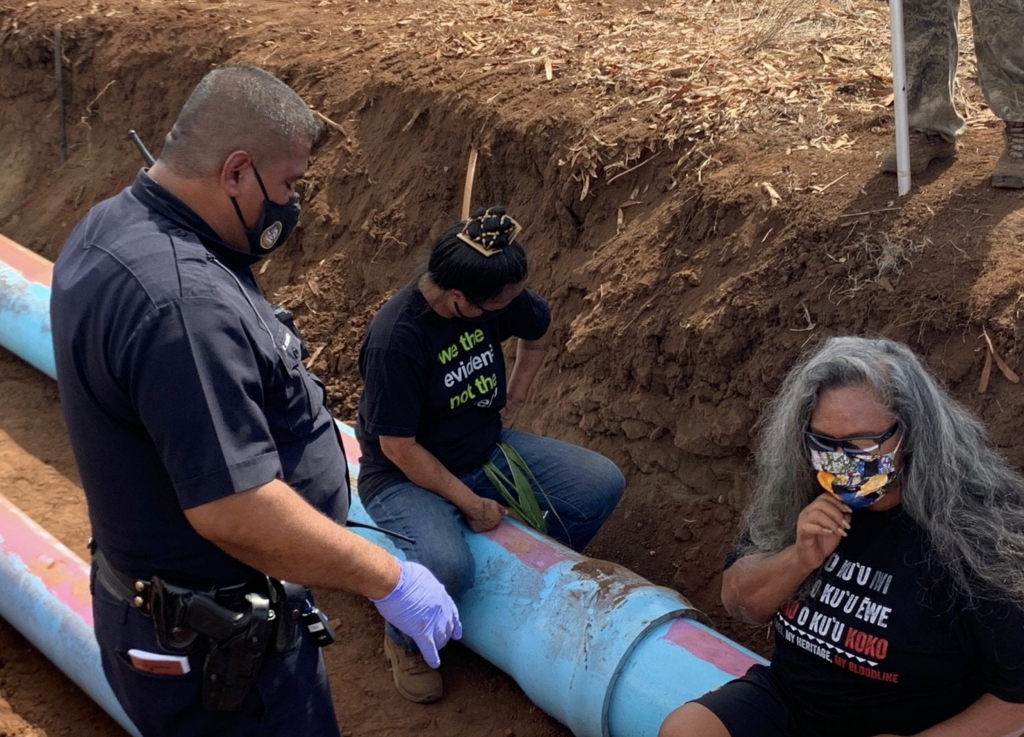 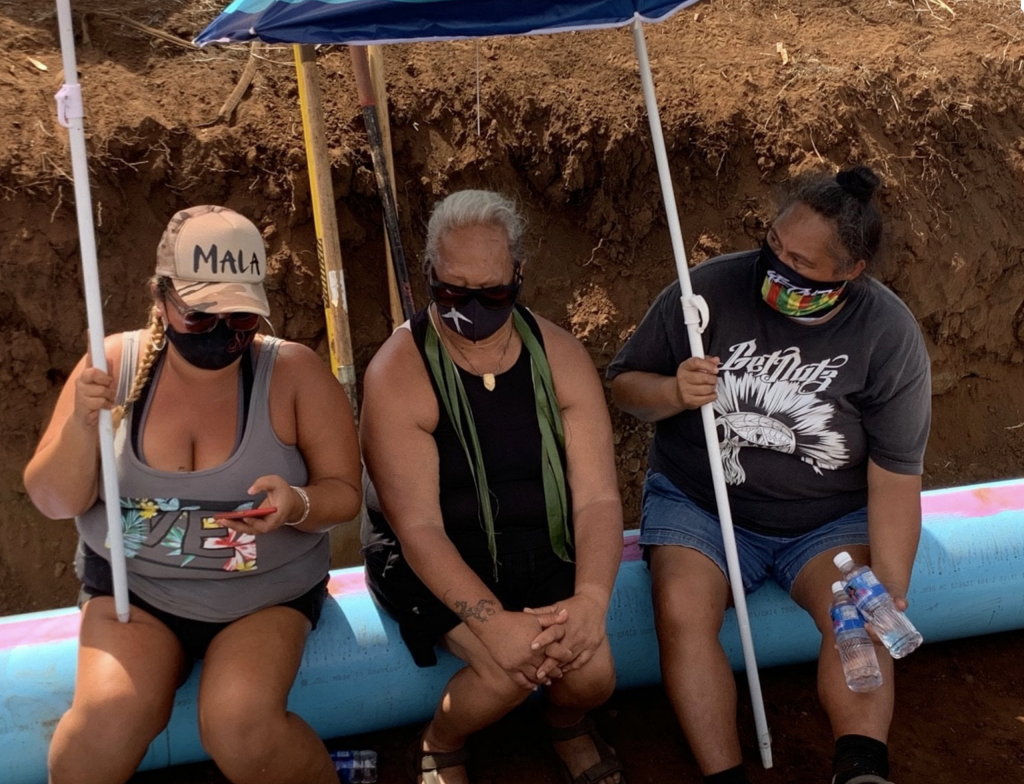