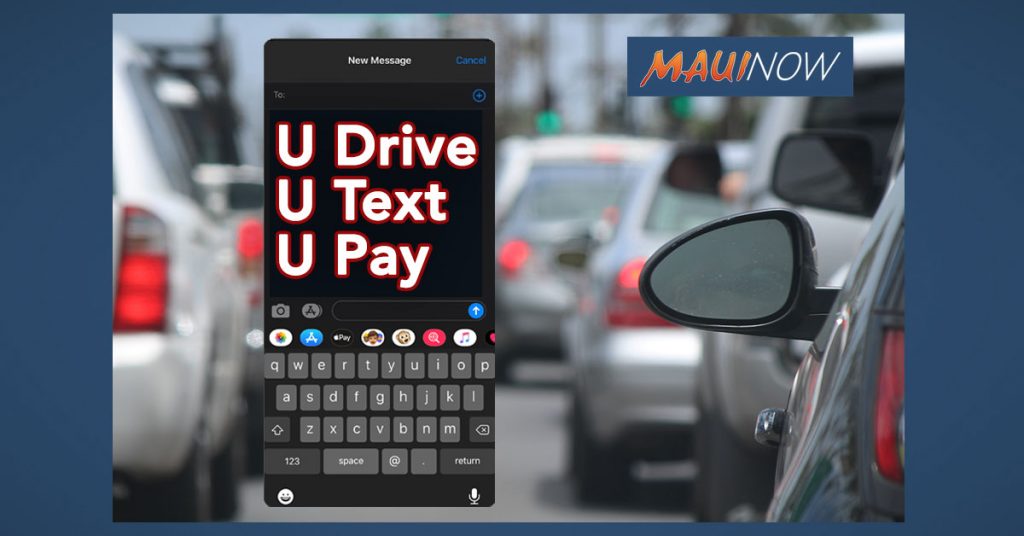 The increased enforcement was part of the national U Text U Pay campaign to discourage distracted driving, hosted by the National Highway Traffic Safety Administration.

The results of this campaign between Oct. 5 and 12, are as follows:

On Wednesday, Oct. 7, 2020 Maui police made one arrest for a male who had an outstanding warrant for contempt of court.

The second incident also occurred on Oct. 7 for a female who was observed driving in Wailuku with her two-year-old child on her lap. According to police, when officers attempted to stop the driver, she fled from police driving away with the child still on her lap. Police did not pursue this offender but made an arrest the following morning at her residence.

On Thursday, Oct. 8, 2020 police say Amanda Bennett, 29, was placed under arrest for allegations including: first degree resisting an order to stop a motor vehicle; reckless driving; driving without a valid license; and second degree endangering the welfare of a minor.  Bail was set at $1,600.

“The Maui Police Department Traffic Division will continue to show a strong presence on our roadways to enforce all traffic violations. The ultimate goal is to make sure those who utilize our roadways are safe. We humbly ask the public to always drive safely and help us to prevent avoidable crashes that cause injuries and death,” said William Hankins, Commander, Maui Police Department, Traffic Division.