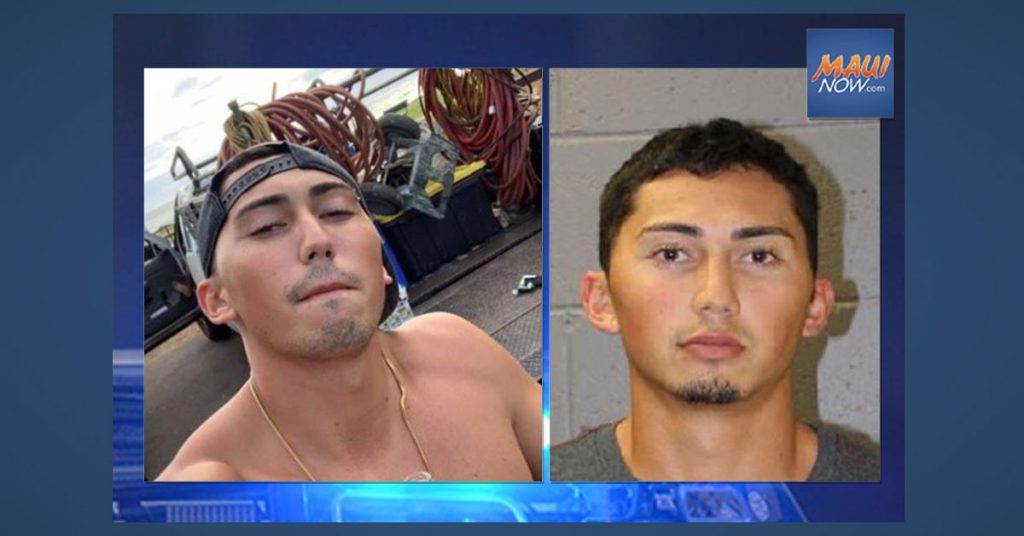 Kaikala Young is in now in police custody. The investigation is active and on going. No injuries were sustained by Young or police personnel.

*This post will be updated with more information as it becomes available.

Police were called to the area tennis courts at around 6:02 p.m. on Oct. 13, for a report of a stabbing that had just occurred.  Upon arrival, police say a 32-year-old male victim was located with stab wounds.

Police say a male suspect, later identified as Kaikala Young, 26, of Kīhei, allegedly fled the area within a sedan.  According to police reports the vehicle was later found abandoned and was recovered by police.

The victim was transported to the Maui Memorial Medical Center for further treatment.

Young is described as 6 feet 4 inches tall, weighing 195 pounds, with black hair and brown eyes. Police say Young allegedly expressed to friends that he is “armed with firearms, and will get in a shootout with police.”

Police advise that the public should not approach.  Anyone with information, is asked to contact Maui Police Department by dialing 911.  If it is not an emergency dial the department’s non-emergency number at (808) 244-6400.