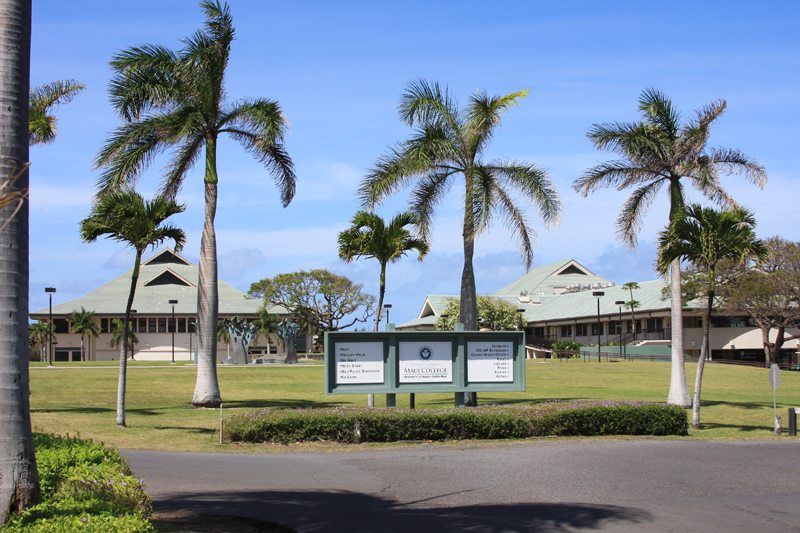 In the face of the COVID-19 pandemic and economic fallout, University of Hawaiʻi Maui College enrollment dropped 1.9 percent for the fall semester to 2,396 students.

Overall enrollment for the entire 10-campus UH system declined only 0.8%, from 49,977 students in fall 2019 to 49,594 current students. It is the smallest overall decline since 2012 when enrollment was near record high levels, according to a UH news release.

Enrollment declined 3% overall in the United States in fall 2020, according to the National Student Clearinghouse Research Center’s latest enrollment numbers, released October 15, 2020. Nationally, four-year public university enrollment is down 1.2%, and community colleges are down 9.4%. By comparison, UH‘s four year universities are up 1.9% and the UH community colleges are down 3.2%.

Despite enrollment being basically flat, tuition revenue system wide is expected to be slightly lower due in part to fewer out-of-state students who pay higher tuition rates.

“These enrollment numbers are welcome news,” UH President David Lassner said. “The University of Hawai‘i has a critical role to play in assisting Hawaiʻi out of this crisis and helping navigate the way to a more sustainable future for our people and our islands.  My congratulations and thanks to the many hardworking staff and leaders across the system who worked tirelessly under extraordinarily challenging conditions to bring the life changing benefits of higher education to nearly fifty thousand students in the midst of a pandemic.”

Although enrollment dropped at UH Hilo by 6 percent, the number of first-time freshmen at UH Hilo increased for the second straight year from 449 to 462 , the highest number since fall 2013.

First generation students, those who are the first in their families to attend college, make up 22.3% of total enrollment.  This is the highest percentage since the university started tracking in fall 2015.

“We need to continue to build on these successes,” Lassner said. “Higher education is the most powerful tool we know to increase social and economic mobility for those who need help the most and benefits families and communities across the state.”
UH fall 2020 headcount enrollment – census numbers
UH System—49,594 students (-0.8 percent)