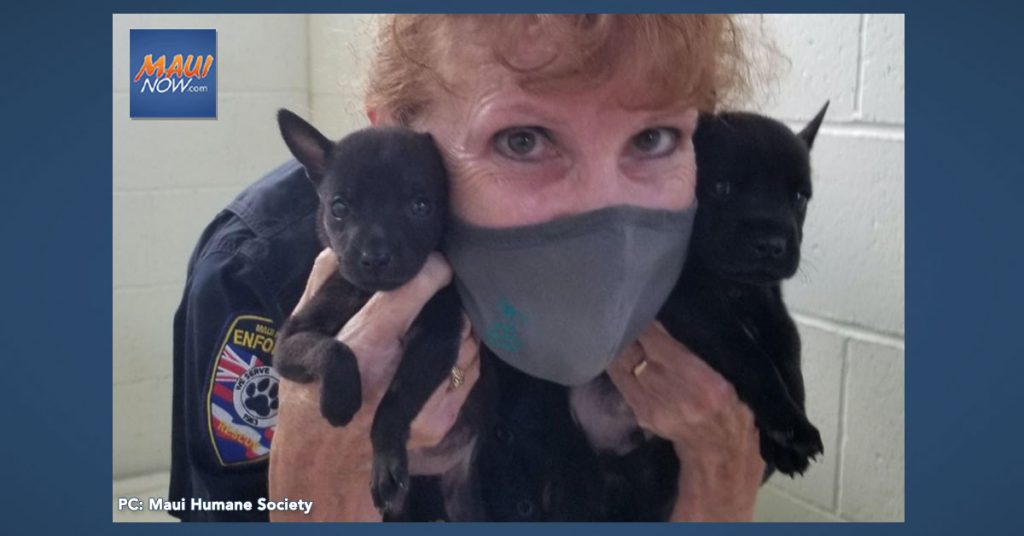 The Maui Humane Society reports that six puppies were left on their property in a plastic storage container with the lid sealed closed with duct tape.

“Hours passed in the hot sun before the container was discovered by a volunteer and opened, but tragically it was too late for two of the puppies. The remaining four puppies were rushed inside to receive emergency medical attention under the watchful eyes of Maui Humane Society’s Veterinary Team,” according to an organization update.

A MHS Humane Enforcement Officer reviewed the shelter’s security footage and was able to identify an individual who allegedly abandoned the puppies.

“The pups are now doing well, are absolutely adorable and already have loving forever homes lined up,” according to the organization.

The MHS reports that they are experiencing more reports of “animal dumping” and the shelter’s intake of stray animals has reportedly increased significantly.

If you can no longer care for a pet, the MHS advises that:

Laws that protect animals from desertion and cruelty include the following: