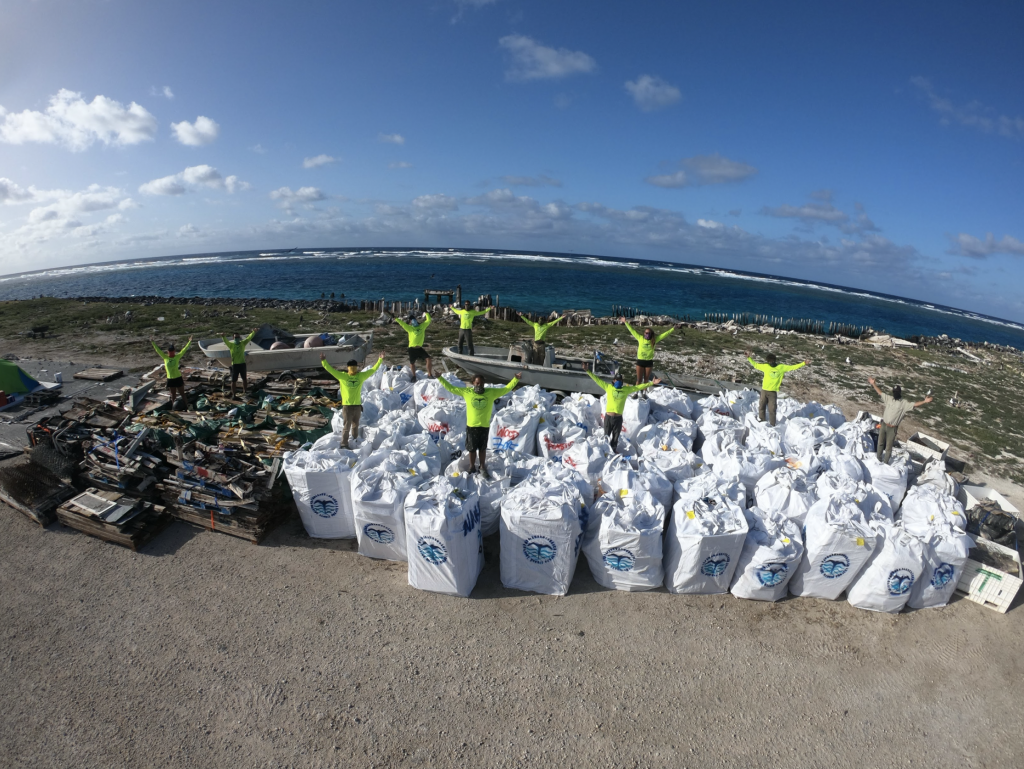 “Working together with the Papahānaumokuākea Marine Debris Project and Monument co-managers, we were able to reduce the amount of entrapment and entanglement hazards at Lalo,” said U.S. Fish and Wildlife Service Monument Superintendent Jared Underwood. “Though work to cleanup debris takes place throughout the year, this trip was essential for removing some of the larger threats posed by aging infrastructure on the island.”

When Hurricane Walaka passed over Lalo as a Category 3 storm in October of 2018, wind and storm surge scattered debris across Tern Island, which is the largest island at Lalo. The hurricane exacerbated existing entrapment threats to wildlife posed by infrastructure left behind from the island’s days as a US Navy airfield in World War II, a US Coast Guard Long Range Navigation radio station, and as a field research station.

Since the storm, the debris cluttering Tern Island has posed an increased hazard to wildlife, entangling and entrapping honu, ʻīlioholoikauaua, and several species of seabirds. 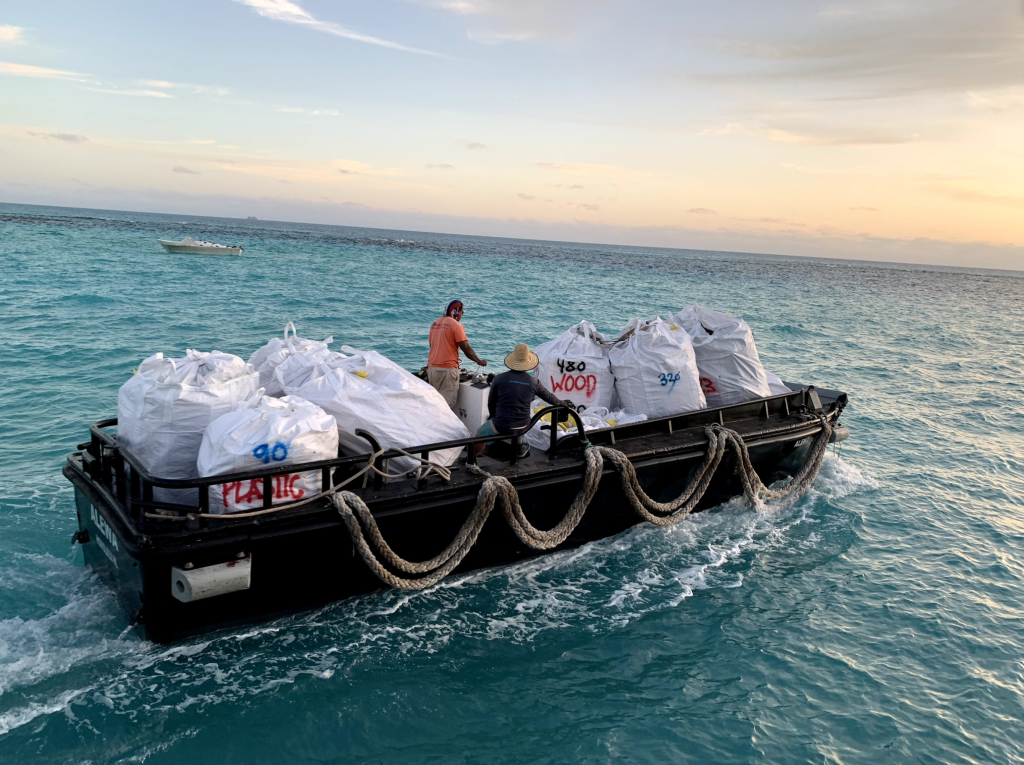 Led by local non-profit organization the Papahānaumokuākea Marine Debris Project, and in partnership with the US Fish and Wildlife Service, the project worked to remove the debris over 16-days in the Monument. The crew of 11 removed derelict fishing nets and plastics as well as infrastructure–related hurricane debris, including lumber, roofing, steel cable, scrap metal, boat hulls, tires, and fiberglass. Additionally, problematic sections of concrete slab were broken up to prevent future turtle entrapment, and steel slats that made up the WWII-era sea wall were strategically cut and removed to provide escape routes back to the open ocean for entrapped monk seal pups and turtles- an action which immediately yielded positive results as the team witnessed several trapped seals utilizing these openings.

“Papahānaumokuākea is the most amazing landscape on earth, both ecologically and culturally, and one that sustains our most vulnerable Hawaiian wildlife species,” said Papahānaumokuākea Marine Debris Project President and Founder Kevin O‘Brien. “Picture tiny sandy islands where nearly every square foot of land is used by seabirds, turtles and seals for critical nesting, burrowing, basking and pupping. So it’s a good feeling when we come away from one of these cleanups with a massive pile of rubbish, because each pound of debris removed from this landscape directly translates into square footage of new, safe, available space for wildlife to use.  This type of tangible positive action is what our organization works to provide for the wildlife of Papahānaumokuākea.”

Lalo is home to abundant wildlife and one of the most significant coral reef systems in the Monument. Over 90% of the Hawaiian population of honu travel to Lalo for safe nesting. The atoll is also home to 18 different seabird species and approximately 500,000 breeding seabirds. Lalo is also home to ʻīlioholoikauaua and serves as an important pupping site.

Hawaiian cultural protocols were observed by the field team each day throughout the expedition to honor the place, seek permissions, and to set intentions for conducting work in this special place. 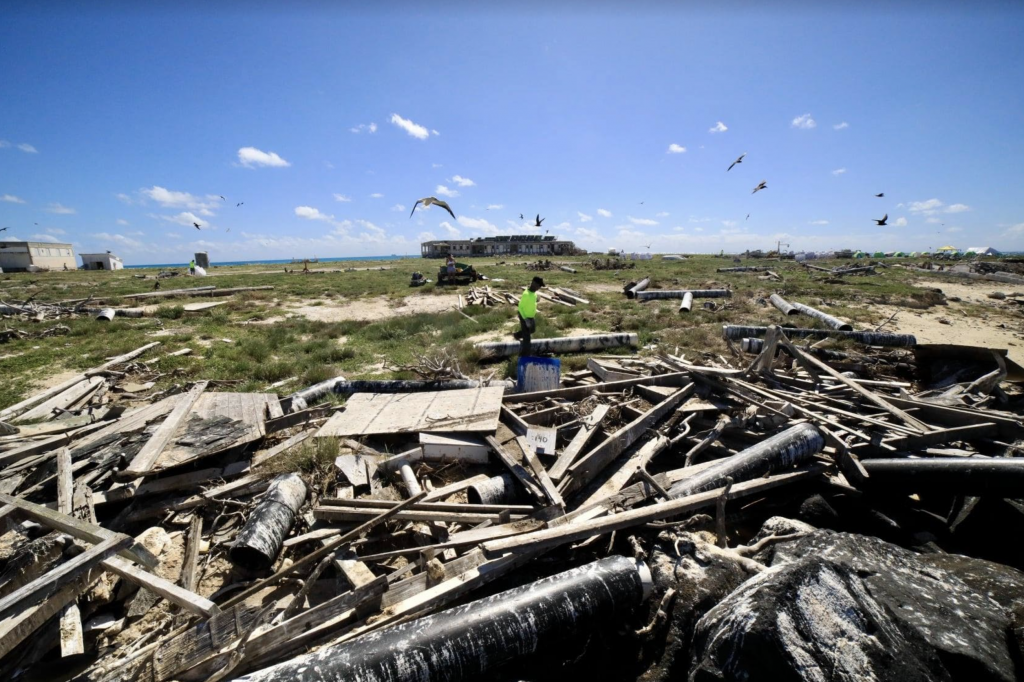