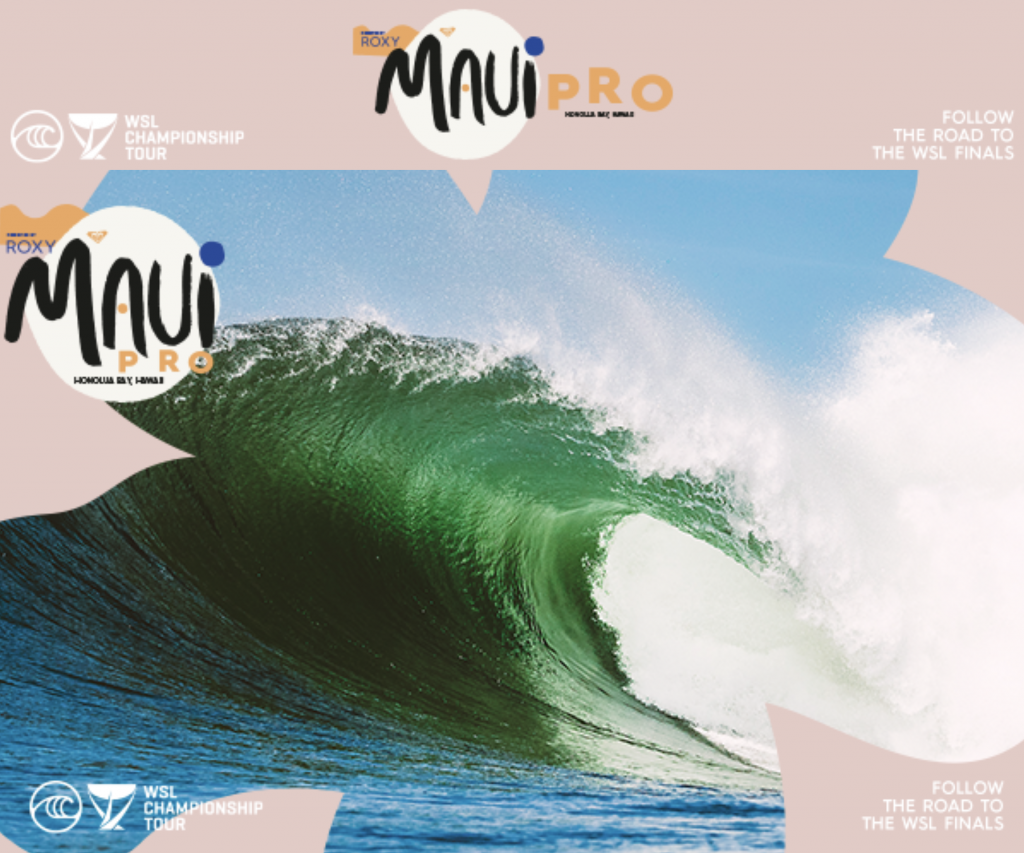 The world’s top female surfers will gather next week on the Valley Isle for the start of the 2021 World Surf League Championship Tour as the 12-day waiting period for the Maui Pro presented by ROXY at Honolua Bay begins on Friday, Dec. 4.

After the cancellation of last year’s CT due to the COVID-19 pandemic, months of anticipation for both surfers and fans has arrived as the likes of Stephanie Gilmore, Carissa Moore, and Caroline Marks do battle with a host of other top contenders at the challenging surf break at Honolua Bay.

To be decided during the next nine months of competition is whether Australia’s Gilmore will secure her eighth WSL Title, the most-ever by any woman and just three shy of Kelly Slater’s record-setting eleven World Championships. Or, will Hawaiʻi’s Moore zero in on her fifth WSL Title after re-energizing during the pause in competition.

Meanwhile, other top challengers await their chance, including 2018 Rookie of the Year Marks as well as a strong contingent of other international stars like California’s Lakey Peterson, Australia’s Sally Fitzgibbons, and Brazil’s Tatiana Weston-Webb.

“We could not be more excited to kick off the Championship Tour season on Maui next week,” said Jessi Miley-Dyer, WSL Vice President, Tours and Competition. “We’ve missed the Championship Tour and it will be special to welcome back the world’s best surfers to Honolua Bay. We plan to execute the competition in a safe and responsible environment, thanks to the careful planning and procedures developed with our teams in collaboration with public health officials, medical experts, and local government agencies.”

After working collaboratively with state and county officials to hold the Maui Pro presented by ROXY as a non-spectator film production, the WSL is following coronavirus health and safety procedures and guidelines that include the multiple testing of athletes and staff, physical distancing measures, temperature checks, and minimal personnel on-site.

These same standards are in place for the entire film industry in Hawaiʻi and were developed using World Health Organization and Centers for Disease Control and Prevention best practices and guidelines, along with close consultation with medical experts.