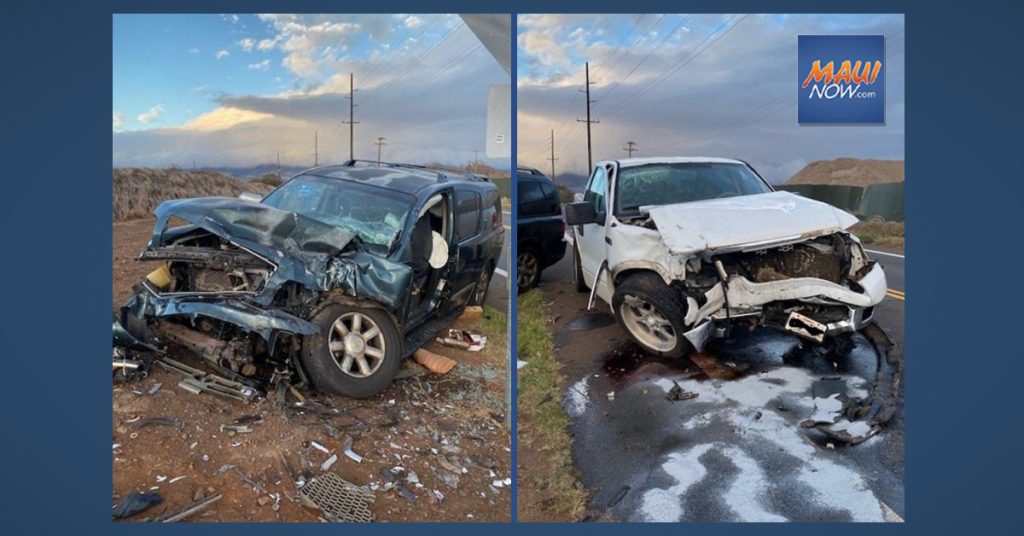 A motorist was sent to the hospital in critical condition with life-threatening injuries following a head-on collision on Hansen Road in Kahului on Tuesday morning.  Maui police say speed is suspected as a factor in the crash.

The investigation further reveals that neither driver was wearing their seatbelt at the time of the collision. As a result of the collision the Infiniti operator sustained critical life-threatening injuries and was transported to the Maui Memorial Medical Center.

The operator of the Ford was seen by medics and released at the crash site, but during the course of the investigation, it was apparent the individual would require additional medical treatment for non-life threatening injuries sustained in the crash. MPD Traffic Investigators transported the man to Maui Memorial Medical Center for treatment.

Police say the involvement of drugs and alcohol has not been determined and is pending.

So far this year, Maui County has had six fatalities, compared to 22 at the same time last year.