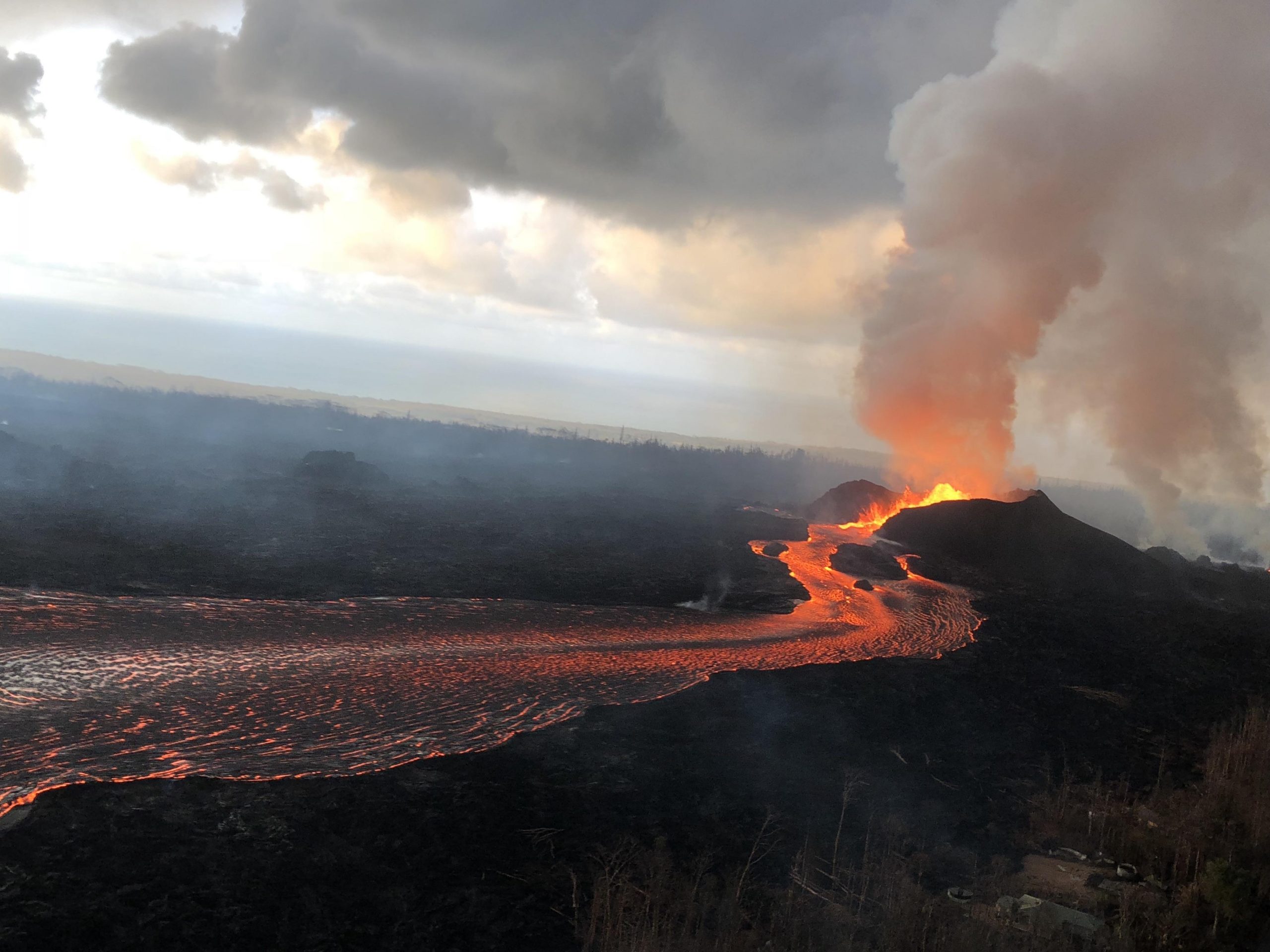 The 2018 eruption of Kīlauea Volcano, one of the largest volcanic events in Hawaiʻi in 200 years,  was triggered by a relatively small and rapid change at the Big Island volcano after a decade-long build-up of pressure in the upper parts of the volcano, according to a recent study published in Nature Communications by Earth science researchers from the University of Hawai‘i at Mānoa and U.S. Geological Survey.

Using USGS’s Hawaiian Volcanoes Observatory (HVO) data from before and during the 2018 eruptions at the summit and flank, the research team reconstructed the geologic events.

“The data suggest that a backup in the magma plumbing system at the long-lived Puʻu ʻŌʻō eruption site caused widespread pressurization in the volcano, driving magma into the lower flank,” said Matthew Patrick, research geologist at the USGS HVO and lead author of the study.

The eruption evolved, and its impact expanded, as a sequence of cascading events allowed relatively minor changes at Puʻu ʻŌʻō to cause major destruction and historic changes across the volcano.

A cascading series of events of this type was not considered the most likely outcome in the weeks prior to the onset of the eruption.

“This form of tunnel vision, which gives less attention to the least likely outcomes, is a bias that can be overcome by considering the broader, longer history of the volcano,” said Bruce Houghton, the Hawai‘i state volcanologist, an Earth sciences professor at the UH Mānoa School of Ocean and Earth Science and Technology (SOEST) and study co-author. “For Kīlauea, this consists of widening the scope to consider the types of behavior seen in the first half of the 20th century and perhaps earlier.” 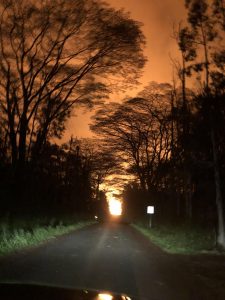 The USGS’s Patrick added: “Our study demonstrates that eruption forecasting can be inherently challenging in scenarios where volcanoes prime slowly and trigger due to a small event, as the processes that build to eruption may be hard to detect and are easy to overlook on the scale of the entire volcano.

“It is also a cautionary tale against over-reliance on recent activity as a guide for future eruptions.”

The State of Hawai‘i absorbed a significant amount of the economic and social cost of the 2018 eruption and likely will do so again as Kīlauea and Mauna Loa continue to erupt, Houghton said. Studies like this, which probe the more subtle influences of the behavior of these volcanoes, are targeted at reducing the costs, human and physical, of the next eruptions.

With future work the research team aims to adopt diverse approaches to understanding the subsurface structure and movement of magma on Kīlauea’s East Rift Zone.

This work was funded by U.S. Geological Survey Volcano Science Center and, following the eruption, by the Federal disaster supplemental research program. UH researchers were supported via the National Science Foundation.