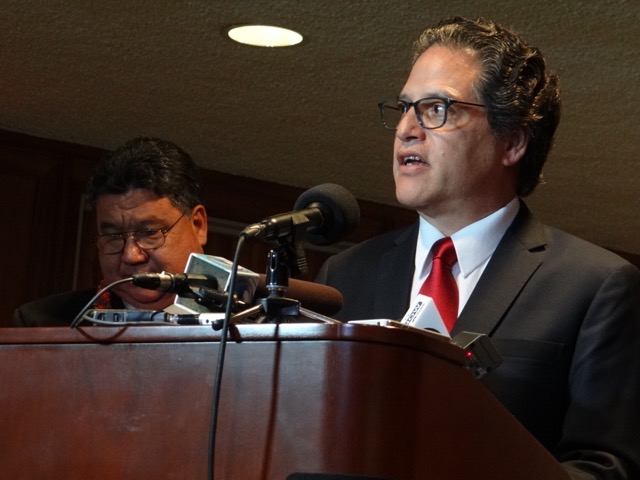 Due to the diplomatic work of Timoteo Haʻalilio, the first diplomat of the Kingdom of Hawai‘i, and his associate William Richards, Great Britain and France became the first global powers on Nov. 28, 1843 to officially recognize the independence of the Hawaiian Kingdom by joint proclamation.

The first official celebration of Lā Kūʻokoʻa in the Kingdom of Hawaiʻi took place in 1847 and it remained a national holiday under the Provisional Government, the Republic of Hawai‘i and the initial years of the Territory of Hawai‘i.

In recognition of Lā Kūʻokoʻa, Sen. English said, “Lā Kūʻokoʻa has long been a source of pride for Native Hawaiians and in recent years has garnered a newfound energy in its celebration.”

“Today, I am pleased to announce that I will once again be reintroducing legislation to reestablish Lā Kūʻokoʻa as an official holiday. I look forward to working with the community and my colleagues in the Legislature pass this important measure,” he said.