Big Surf is Up: Jaws Draws Big Wave Riders and Spectators to Ooh and Aah 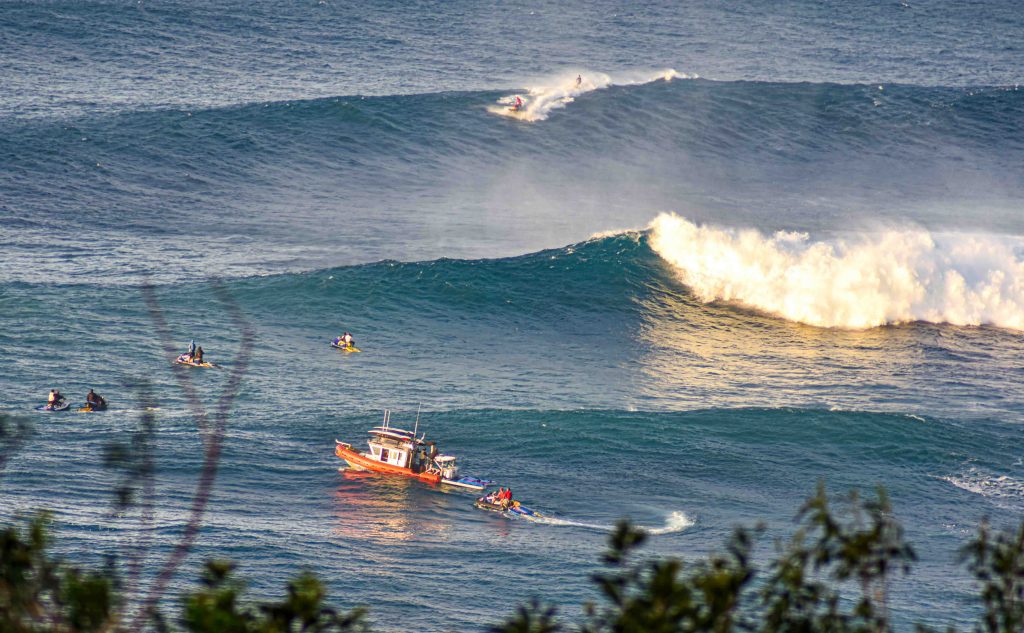 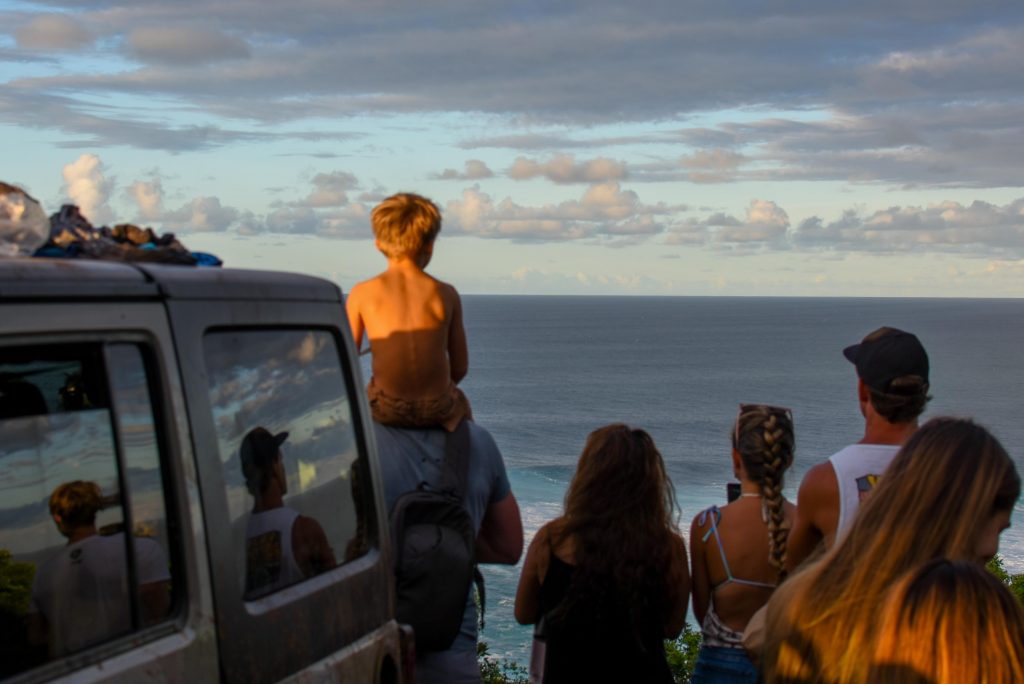 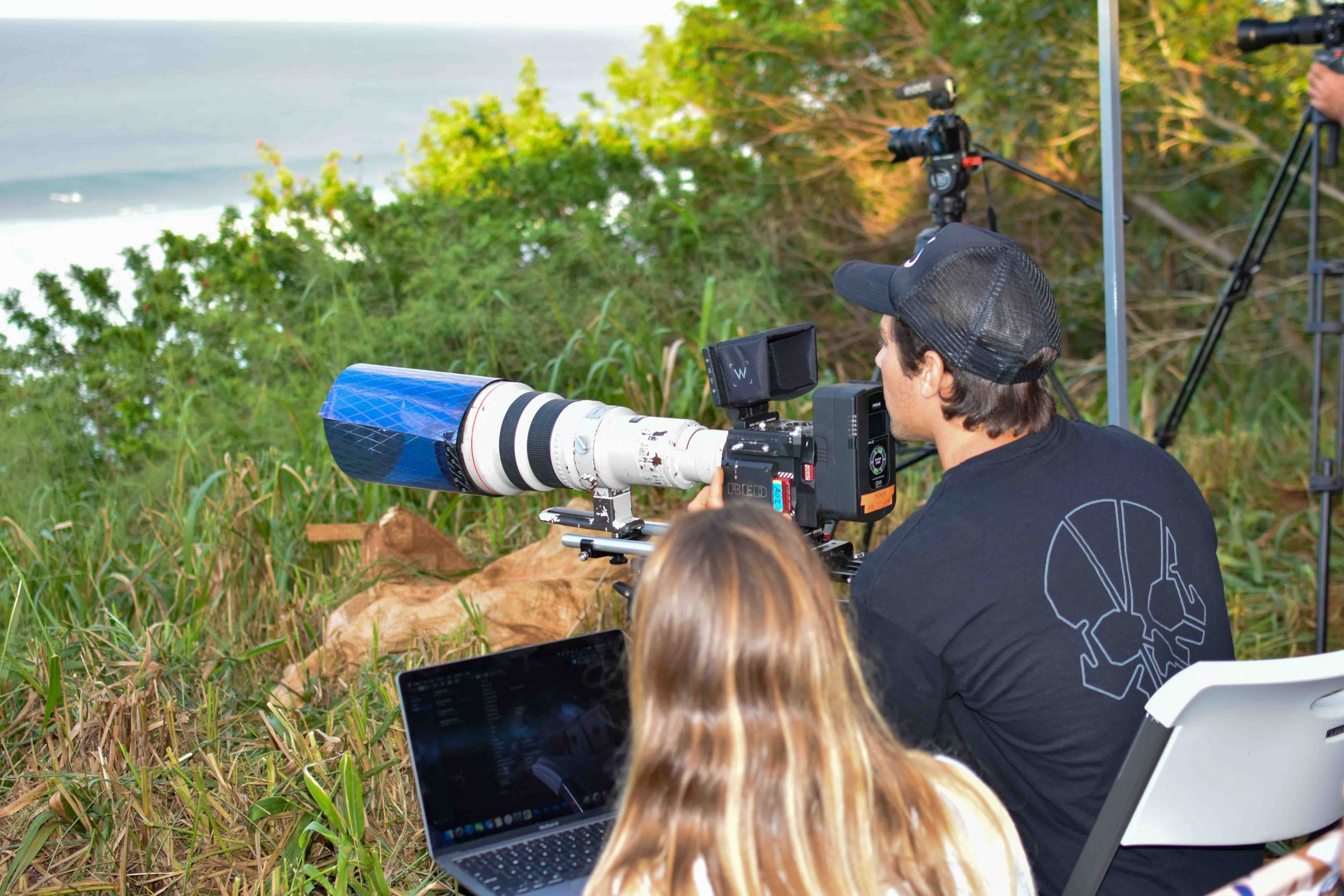 Slater and Brooke Niborsky capture the action at Jaws during the first big north swell of the 2020-21 surfing season. Photo Credit: Cammy Clark

As weather forecasts announced the arrival of the first big north swell of the season for Maui, excitement built from big wave riders including local star Kai Lenny to people who love to watch the action, especially at the Peʻahi surf break known as Jaws.

On Wednesday, the 20- to 30-foot waves – created by faraway large winter storms – arrived. Jaws became alive with surfers and spectators.

“Itʻs a big thing every year, the Haʻikū boys come down here and get muddy,” said Zach Waddell, who was with his brother Joshua. “I surf, but not these ones.”

At the end of a 1.7-mile bumpy, one-lane dirt road, with lots of mud, locals and tourists watched from a bluff at the top of a cliff and high above the ocean where Lenny and other brave souls were surfing – or trying to surf – the monster waves.

“The only big name out here is Kai Lenny, and he’s been out here all day nonstop,” said Brooke Neborsky, who arrived at the Peʻahi Lookout at 5 a.m. and stayed until sunset.

Lenny, 28 and a native of nearby Pāʻia, is the youngest person elected into the Surfing Hall of Fame. In February, he won the prestigious Nazare Tow Surfing Challenge in Portugal and his sponsor Red Bull just released a TV series about him called “Life of Kai.”

In the series, Lenny talks about chasing his longtime dream of winning the cbcMD Jaws Big Wave Championship. He’s come close. He hopes this is the year.

From the lookout, Neborsky’s husband, Slater, had been capturing the day’s action in video using a RED camera with a 600 mm telephoto lens. Brooke documented his footage on a laptop.

Slater is the Creative Director for 7Nine6, a media and marketing agency focused on top water athletes, artisans and progressive companies.

The Neborskys estimated about 25 to 30 surfers were at Jaws over the course of the day. But Slater added: “Only about 15 actually caught a wave.” A few just stayed on their boards and watched.

It was easy to tell when a big set arrived. The crowd of about 40 people on the bluff loudly “oohed” and “aahed” above the music with a heavy bass blaring from a pickup truck.

The Haʻikū boys had seen the big waves and the big wave riders many times before. But for Max Sioba, a Brazil native now studying for an MBA in California, it was “amazing.”

“In Brazil, you never see waves this big,” he said.

When Sioba was asked if he surfs, he replied: “I did my first surf class today. It was at a very shallow beach, but I did get up. I ride a skateboard so I think that helped.”

Jeb Griffith of Haʻikū said he has been “known to catch a few waves.” He said he’s even caught a few as big as the ones now breaking at Jaws. “It does take a little gumption.”

As the sun set Wednesday, Lenny and the last of the surfers finally left the surf break. A few locals stayed for the sunset pau hana, but most of the remaining spectators left the bluff along the muddy, bumpy road by foot, 4-wheelers, motorcycles, mountain bikes, Jeeps and pickup trucks.

The big wave riders and the spectators are back at Jaws today, with the big north swell still around.