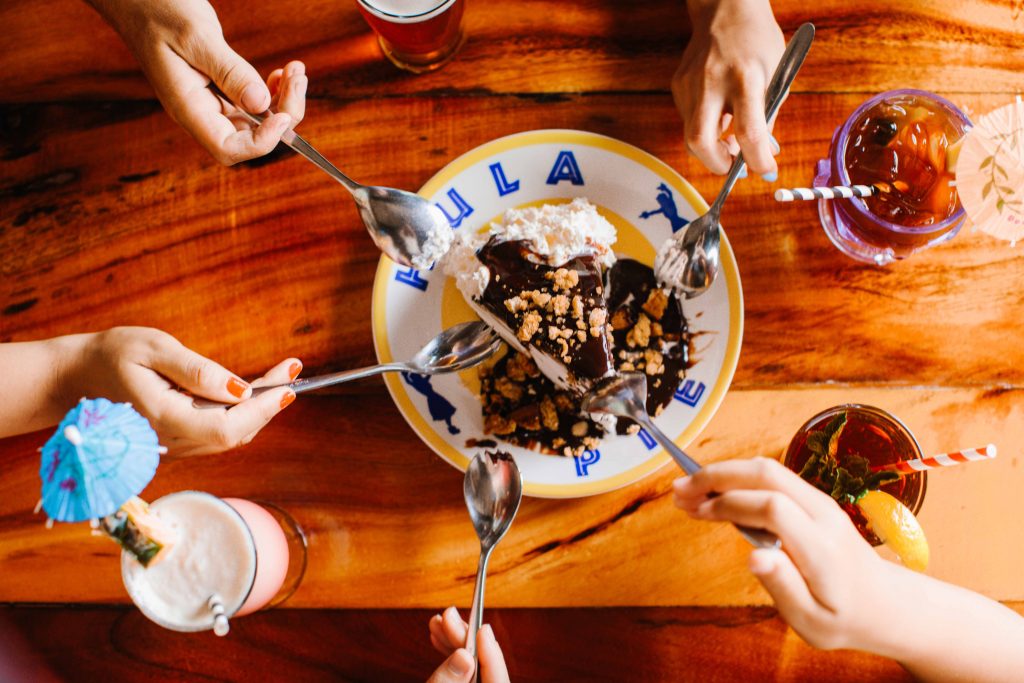 T S Restaurants of Hawaii and California hosted a “Generous Slice of Hula Pie” event in November at its 13 restaurants that raised $11,681 for The American Foundation for Suicide Prevention.

During the two-day event, all proceeds were donated to the foundation from the 1200 Hula Pies that were sold and eaten. Monetary donations also were collected.

“Even before COVID-19 the prevalence of mental illness in the United States was on the rise,” said Susie Saxten, T S Restaurants Chairman of the Board. “The isolation and stress of the pandemic has only exacerbated this mental health crisis. We hoped that this event will shine light on the problem, increase the dialogue in the T S `Ohana about mental health, and also raise money to support a great organization. We are so grateful for our community that came out to support this event and allowed us to make this impact.”

A Generous Slice of Hula Pie event was created in 2018 as part of the T S Restaurants Legacy of Aloha program. A Generous Slice allows the restaurants to raise funds to support organizations making an impact in their communities.

This comments section is a public community forum for the purpose of free expression. Although Maui Now encourages respectful communication only, some content may be considered offensive. Please view at your own discretion. View Comments
Trending Now
1Crews Respond To Brush Fire Near Maui Lani Golf Course In Kahului 2Law Enforcement Arrest Three On Maui For Alleged Electronic Enticement Of A Child 3Kuʻikahi Villages Plans For 202 Workforce Homes In Wailuku Moves Ahead 4Man Injured By Accidental Discharge Of Firearm At Kula Home 5Maui Police Administer Narcan To Revive Teen In Response To Possible Opioid Overdose 6Maui Obituaries Week Ending May 22 2022
Back to Top