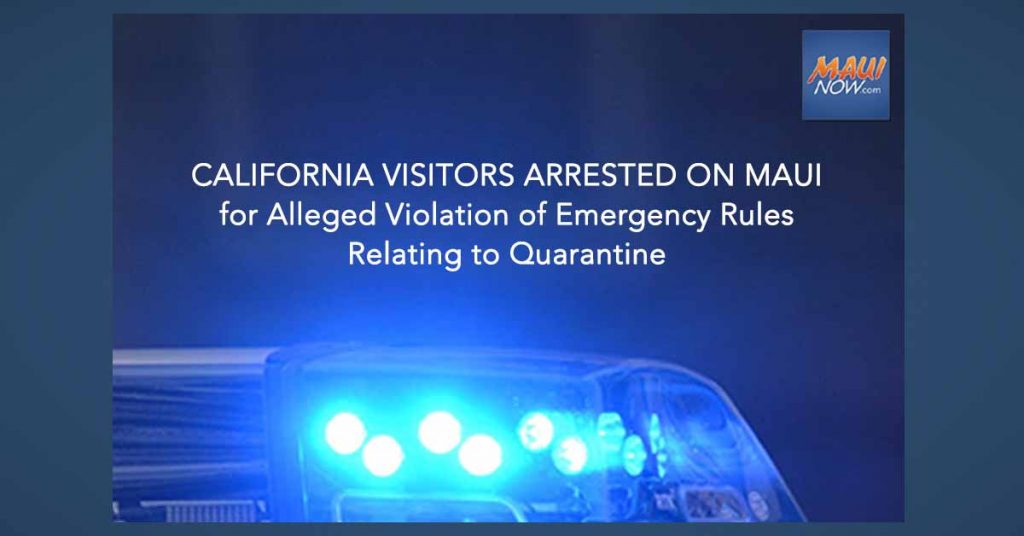 A father and his adult son, both from California, are set to return to the mainland following their arrest at Maui’s Kahului Airport for alleged violation of Maui’s Rules and Orders.

Police say the two arrived on Maui on Friday night, but did not have a negative pre-travel COVID-19 test, as required under Governor Ige’s 16th emergency proclamation. The men were subject to the mandatory 14-day travel quarantine, however they were unable to provide a place of lodging reservation, according to Maui police.

Police say the father and son later indicated they did not know about the required negative testing or travel quarantine requirements.

On Friday, Dec. 4, 2020 at about 12 p.m., the two men were released from police custody and are voluntarily returning to California, according to police.

In Maui County, there are current travel restrictions and mask mandates. The department issued a reminder saying, “if you’re a visitor or returning resident to Maui, to check the most current emergency proclamations issued by Governor David Ige and Mayor Michael Victorino, and other travel requirements at Hawaii.gov and Mauicounty.gov.