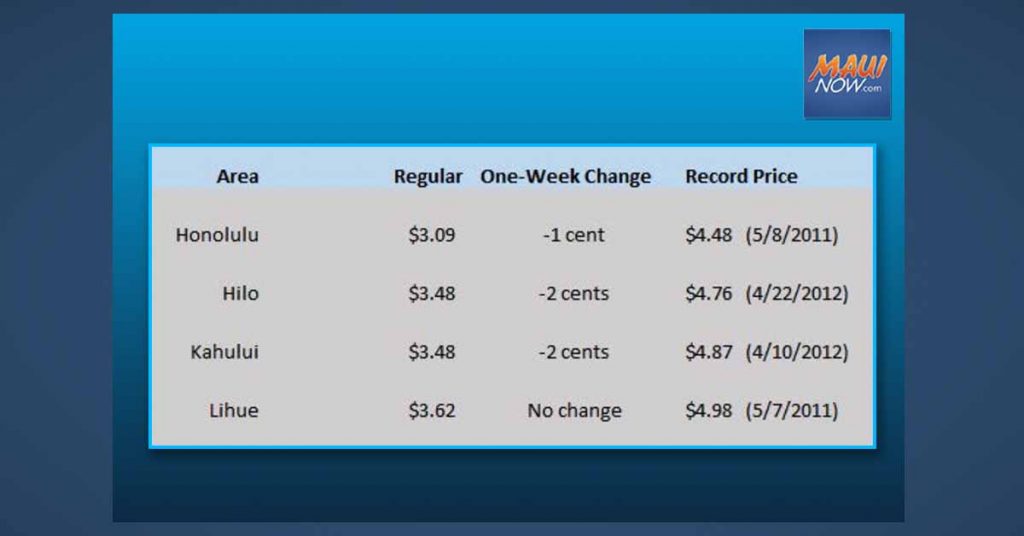 Gas prices moved slightly lower this past week, giving holiday gift shoppers a few more cents in their pockets, according to the AAA Hawaiʻi Weekend Gas Watch. Today’s statewide average price for regular unleaded is $3.27 a gallon, which one cent less than last Thursday.

“AAA predicts holiday travel to and from the islands will be far lower than previous years due to stay-at-home orders and concerns related to the pandemic,” said Liane Sumida, AAA Hawaiʻi general manager. “As a result, we expect a lower demand for gasoline through the end of this year.”