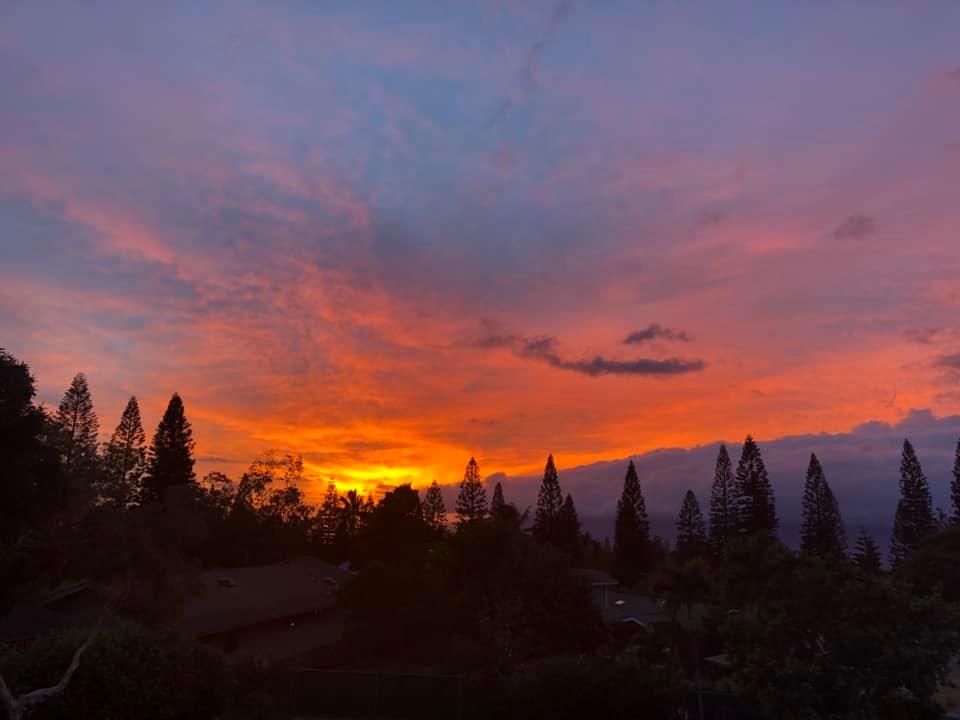 With locally generated wind waves, and strong trade winds upstream from the state, surf along east-facing shores will remain large and turbulent. To account for this, a High Surf Advisory will remain in effect through Sunday night for Kauai, Oahu, Molokai, Maui, and the Big Island. Too, some of this trade wind energy will wrap around into adjacent northern and southern exposures. Elsewhere, as the current northwest swell fades, a reinforcing small to moderate northwest swell will fill in and peak late today into early Sunday. The next following northwest swell will likely be larger than this weekend's and raise surf to near advisory levels along northern and western exposed shores, beginning late Wednesday into early Thursday. Lastly, south-facing shores will see surf boosted modestly by small swells from the southern hemisphere, along with wrap from the east by the trade wind swell.

Surf: Waist high NE short period wind swell in the morning builds to waist to chest high for the afternoon.

Conditions: Semi glassy/semi bumpy with NNW winds less than 5mph in the morning shifting NW for the afternoon. Clean conditions are expected by late afternoon with ENE winds 5-10mph.