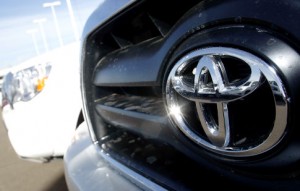 New court documents submitted along with a number of individual and class action lawsuits against Toyota Motor Corporation have surmised that following the early discovery of faulty cars, Toyota purchased them back and hid them from the public eye.

Neither the media nor regulators were ever informed about the buyback.  Instead, new papers allege, Toyota purchased the defective cars from individual Toyota owners and stashed them away, never to be seen again.

Toyota was quick to respond to the allegations, citing that the buybacks were part of a larger safety test to prove defectiveness.  Toyota claims it could not once recreate the situations presented in the court cases and numerous accident complaints.  Toyota also said that it did not ask for a confidentiality agreement or attempt to hide the data from the NHTSA, the regulator charged with moderating the automotive industry.

The company has so far replaced components or recalled more than 11 million automobiles, the majority of which were recalled due to fears of spontaneous acceleration.  Another four million were recalled for faulty floormats and electrical problems surfacing from the computer and gas pedal controls.

For the parties involved, why Toyota Motor Corp repurchased the cars is more important than the actual fact of repurchase, as attempts to hide the defects could result in further charges, fines, and a number of new lawsuits.

All told, more than 200 federal lawsuits and 100 local and state lawsuits have been filed against Toyota in the United States.  Other lawsuits of varying sizes exist outside US borders, where defective cars were exported and sold.

Toyota contends that until the spontaneous acceleration can be recreated with an ordinary Toyota car, all claims and lawsuits should be found to be frivolous, the result of poor driving skills rather than any mechanical defects.  For the plaintiffs, however, the problem is more than just a legal battle.  As many as 56 fatalities may be directly linked to defective Toyota products and cars.  That number may grow, however, as unexplained accidents from years past are tallied in the final count.

Regardless of the findings, it is sure that the lawsuits will continue for years.  With each lawsuit, new details, issues, complaints and even speculation about the failed cars emerges.  For Toyota, now suffering from lagging sales figures amid a global car slump, such problems couldn’t come at a worse time.