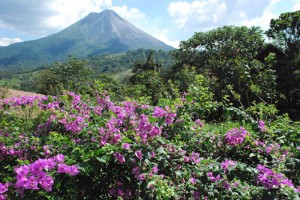 The rich volcanic soil and tropical climate of Maui provide the perfect environment for growing produce and this has allowed Farm-to-Table restaurants to flourish.  People argue about the birthplace of this concept, but Hawaii’s own Peter Merriman will tell you he’s been cooking fresh and local fare since before there was a name for it.

Once “fresh and local” became fashionable, he was at the forefront of a movement that helped to focus the food world on all Hawaii had to offer.  For the last two decades, he’s been inspiring chefs locally and globally to take a sustainable approach to food by only using ingredients grown or produced at local farms.  He also employs the “snout to tail” philosophy, doing his best to utilize as much of the animal as he can.

Many restaurants have followed-suit, opening up farm-to-table operations from bustling Lahaina and Wailea, to the smaller arty enclave of Pa’ia.  James McDonald, the head chef at two Lahaina restaurants even opened his own private organic farm in the upcountry fields of Kula.

The O’o Farm is an 8.5 acre diversified natural operation that McDonald purchased in 1991 with the intent of supplying his restaurant with the highest quality organic produce.  He founded the farm with the philosophy that biodiversity is the key ecological principal and believed if he established crop rotation and practiced self-regulation (much like is seen in nature) he would promote health and balance.  He grows green leafy vegetables like spinach and chard, herbs such as lemongrass, citrus fruits and wild raspberries, and other fruits and vegetables, always careful not to exhaust the soil.

Twice a week he offers visitors the chance to pull back the curtain and take a lunchtime tour.   They are educated on the concepts of sound natural and biodynamic practices and help harvest produce that is then used in their lunch.

The O’o Farm has tapped into a new culinary phenomenon where patrons desire education with their entertainment, and other organic farms have followed-suit.  At the Ali’i Kula Lavender Farm guests can see over 25,000 lavender plants as well as other exotic flowers, and at the Surfing Goat Dairy they can learn how to make cheese and if they’re lucky, milk a goat!

Tomorrow we will be bringing you a recipe adapted from the Surfing Goat Dairy.

Till next time, Aloha oukou.

The Argument for Farm-to-Table