If you can fathom the musical talent of a man who Eric Clapton refers to as his musical soulmate, you might just scratch the surface of what your Saturday night is going to look like.

Dubbed the “Godfather of British Blues,” John Mayall is one of the grittiest and prettiest old dogs in British blues history. 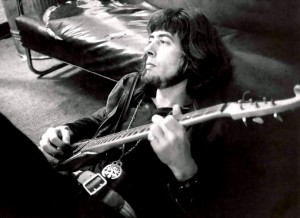 Whether he’s wailing on the harmonica, tickling the ivories, or ripping a raspy, soaring solo on the guitar, Mayall has not lost an ounce of his soul, despite having reached the ripe old age of 77.

If your grandfather is anything like mine, he was creaking around in his armchair, changing channels at age 77. Not Mayall. In the midst of his world tour, Mayall is tearing it up like nobody’s business, a veritable posterchild for the expression “age ain’t nothin’ but a number.”

Interestingly, Mayall didn’t even begin to play guitar professionally until he was 30. He went to art college, and had established a successful career in graphic design before his friend Alexis Corner (the founder of what became known as the British Blues Boom of the late 60’s), encouraged him to come to London and ride the wave. 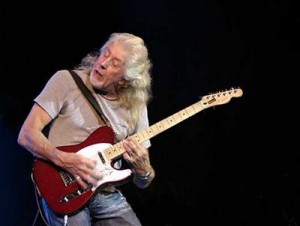 Although he had started the Bluesbreakers several years prior to meeting Eric Clapton, there had been a constant turnover of musicians. It was through their union that the Bluesbreakers really struck its pace, and reached worldwide legendary status.

After Clapton left the band to form Cream, the Bluesbreakers became a breaking ground for a steady stream of sidekicks who got their start with John, and went on to find solo star status of their own. Some jokingly called him a talent scout, helping to elevate the careers of such greats as Mick Fleetwood, John McVie (Fleetwood Mac) & Mick Taylor (Rolling Stones).

With a newly formed band featuring a horn section, several rhythm guitars, keys, bass and drums, Mayall is out to show that he still brings the blues home, full-blown roots style.

The show will be held this Saturday night, November 20th at the MACC’s Castle Theatre at 7:30 PM.

You can find more details and tickets at www.mauiarts.org