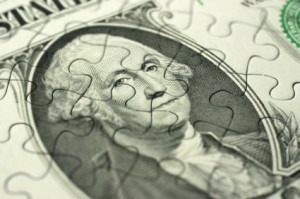 In these tough economic times, every bit of help counts. In a gracious move, Governor-Elect Neil Abercrombie announced that he would be giving twenty-three million dollars of the rainy day fund that the state has maintained for emergencies to social-service programs that are in despairing need. In fact, three dozen of these social-service programs will benefit from this money.

Social-service programs such as Kupuna Care, a program that helps elderly citizens be more independent and live on their own, and Healthy Start, a program that helps new mothers reduce the risk of child abuse by providing them advice and guidance. Social service programs are a crucial part of any community; without their help many people fall victim to circumstances or crimes of justice that are just unnecessary. Through the use of social service programs, people can get advice, good, and even support that would otherwise be unavailable to them.

In recent months, the use of the rainy day funds that states have in their possessions is coming under fire. Each state, with the exception of Arkansas, Colorado, Illinois, Kansas and Montana, is required to create a budget stabilization fund that acts as a cushion in the event of a financial emergency. Most states also have a cap on this rainy day fund that limits its total amount to somewhere between two and ten percent of the general fund revenue. Other states such as Alabama, Florida, Missouri, New York, Rhode Island, and South Carolina require that a state replenish these funds very quickly if they are used.

Each rainy day fund is built through the use of year-end surpluses. There are rules about withdrawals that indicate that the funds should only be reallocated in the event of a budget shortfall or some type of emergency as noted by the governor or legislature.

The controversy here exists because not everyone involved believes that the rainy-day money was supposed to be used for these purposes. Governor Linda Lingle does not believe that the state should release the twenty-three million dollars because the state is in a situation that clearly indicates that its finances are not stable.

In lieu of this concern about the proper allocation of the funds, Governor Abercrombie noted that “it was clearly the intent of the Legislature that those funds be utilized in this emergency.” He also noted that he “fully intend[s] to cooperate with the Legislature” and that he “thinks that’s where the change comes in. It’s not a matter of the executive and the Legislature dueling with one another. It’s a matter of each meeting their responsibilities on behalf of the public interest.”

Ultimately, although some may not feel comfortable with the use of these rainy day funds, many senators feel that Governor Abercrombie has a good head on his shoulders. Senator Clayton Hee, a colleague of Abercrombie, noted that “he doesn’t intend to interfere with [the way that the legislature functions]. He wants to work with the Legislature. He wants to preempt any issues that may arise.”