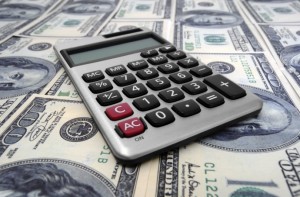 As noted by the Department of Taxation, despite an improvement and an increase in state tax collections throughout the month of October, tax collections were still approximately six percent lower than they were a year ago at this time. This is an ominous sign that does not bode well for the state of Hawaii. It is this same type of decrease that resulted in the furloughs that angered hundreds of Hawaiians a little over a year ago.

Reports indicated that the first four months of this current fiscal year – first of July through the last day of October, tax receipts into the general fund show that these fourth months show an almost six percent decline from last year with a generated a total of 1.298 billion dollars as compared to 1.377 billion dollars generated during the same fiscal period last year.

This drastic increase has some experts asking the question “What happened?” According to reports, despite a thirty percent increase in transient accommodations tax revenues and a nine percent rise in general excise taxes, the decrease in tax revenue was a direct result of a thirty-six percent drop in personal income taxes, as well as a twenty-nine percent drop in corporate income taxes.

Paul Brewbaker, chairman of the state Council on Revenues noted that it would probably be a good idea to stop depending on tax revenue for a few years. Brewbaker claims that “as it is, we are now heavily dependent on interpretations that we can only hope will turn out to be somewhere in the ballpark of actual outcomes.”

Brewbaker’s comments are a direct reference to the withholding of income tax refunds until the start of the new fiscal year, as was directed by Governor Lingle’s administration. Clearly, not everyone was happy with this decision and some argue that it ultimately has done more damage than good.

It was noted that if the funds had not been delayed, the general fund would have noted an almost eight percent growth rather than an almost six percent loss. In fact, the Council on revenues forecasted a growth of approximately two percent during this current fiscal year, and this forecast was predicted with or without the delayed tax refunds. Most states use this forecast in part to set their budgets for the current year and to make decisions about the allocations of money.

A decrease in state tax revenues can be foreboding. During June of 2009, a decrease in tax revenue resulted in the furloughs that plagued the state and caused much distress among the locals. When tax revenue does not come in as expected, budget shortfalls occur and something must be done to account for the money that is not being made. Clearly, the furloughs were a drastic measure to make up for the shortfall, but it is a drastic measure that could happen again if the situation does not rectify itself.