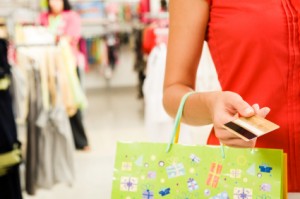 It’s the most wonderful time of the year – usually. For children and adults, customers and business owners alike, the holiday season brings a lot of cheer. With that cheer comes the spending of a lot of money and that is exactly what retailers hope for. However, with an economy that is struggling to come out of a recession, what can retailers expect for business sales during this holiday season?

If the sales of the current year are any indication, then retailers can count on a much better holiday season financially this year. According to projections, local retailers feel that because sales have been on the rise this year that it is only logical to assume that holiday sales will be on the rise, too.

Even though Black Friday is not upon us, retailers are already experiencing a pre-holiday rush that has them excited for the prospects of the holiday season’s sales. Ashley Takitani, the marketing director of Maui Thing thinks that “it’s going to be a lot better than last year.” Takitani noted that her store, noted for its Maui logo gear, held a sale a few weeks ago and they had long lines of customers who were willing to spend money for a good deal; this same sale saw dismal results last year.

As an indication of good things to come, a multitude of shoppers crowded the War Memorial Gymnasium on Sunday for the Ben Franklin Craft Fair, held annually, in order to get items for Christmas decorating and Christmas gifts. Maui stores like Costco and Ross are seeing rolls of wrapping paper flying off of their shelves and home decoration items quickly disappearing. One thing is clear – people are out for a good deal and are looking to spend money doing so.

In general, the National Retail Federation is hoping for a roughly two percent increase in spending during the holiday season. While shoppers are only expected to spend a little more than last year, it is still an increase and pre-holiday shopping advertisements are seeking out those customers aggressively.

While shoppers do not entirely have their confidence back in the economy, things are slowly getting better. For example, MauiGrown Coffee in Lahaina is one company that is feeling the bounce back. The profits at this store alone, according to co-manager Jeff Ferguson, have grown twenty-five percent. However, despite continuing to grow, the business has felt the wariness of the holiday shoppers. He has noted that customers are willing to spring for the more expensive coffee and even some logo wear.

All signs point to a strong holiday season which should be a welcome sign for business owners. With customers so nervous about spending money last year, the holiday season was not as illustrious for business owners as it had been in years’ past. The state of the economy – as well as the loss of many jobs – had many people unable to put out any money. It would appear, though, that times are turning for the better and the most wonderful time of the year is just that once again.