“With our partners such as HC&S, First Wind and soon Sempra Generation, Maui is in a strong renewable energy position,” said MECO President, Ed Reinhardt. “Still we need to look into the future to continue to increase Maui’s contribution to meeting Hawaii’s clean energy goals. We also need to plan for continued growth and other contingencies,” said Reinhardt.

MECO hopes to put out request for proposals within the next two months, with the first increment projected to be in service in 2015. In 2006, the Hawaii Public Utilities Commission initiated a competitive bidding requirement for all new generation capacity greater than 2.7 megawatts for the island of Maui.

The island of Maui currently has 232 MW of firm generation and 30.5 MW of intermittent generation.

Maui’s current array of independent power producers includes HC&S and the Alexander & Baldwin plantation which provide 16 MW of firm power mostly from bagasse, recycled oil and some coal. An estimated 30-MW of electricity is generated by the Kaheawa Wind Farm operated by First Wind Hawaii. A 21-MW second phase is proposed with a power purchase contract currently under PUC review. Other alternative energy projects on the radar include: 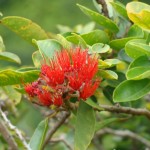