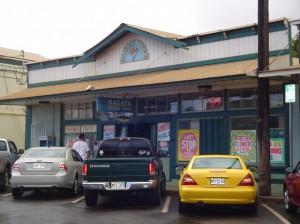 There’s a lucky few who on a given day can find store-front parking in Paia Town; but for the rest, it can be a challenge.  In an effort to address the long-standing issue,  private developers have stepped forward with a plan to offer parking relief in the form of 100 new gravel stalls.

Eventually, developers say they plan to build a more permanent parking lot of about 230 stalls along with commercial developments and senior housing.

“As promised, the county is working with the private sector in order to get things done faster,” said Mayor Alan Arakawa. “This is one way we can help, especially when it comes to projects like this which have an immediate benefit for the community,” said Mayor Arakawa.

The parking situation was compounded in recent months with the closure of the Paia Town Center parking lot, behind Charley’s Restaurant, which has been under renovation since October.  Jim Argyropoulos, a California man who owns the lot, plans to reopen the improved space on Monday, March 7th, according to Rod Antone, the County Communications Director.  Improvements include paving, better lighting, and an increased number of stalls.

“This completed project is great news for Paia and will provide a substantial amount of improved parking stalls right in the core of town,” said consultant Bill Frampton, whose firm helped Argyropoulos with the project. “We know everyone is looking forward to this lot being open once again,” said Frampton.

In an effort to alleviate the parking problem in the interim, officials from the Paia Hawaiian Protestant Church allowed employees of Paia town to utilize the grass lawn on the east end of their property.   The space was offered to workers in an effort to free up in-town parking for paying customers.

But county officials say the lawn has suffered damage from overuse, and issued a reminder that the church parking is intended for employees of Paia town only, and not for the general public.

A similar arrangement was offered at the neighboring Paia Community Center to residents, tourists and workers alike. 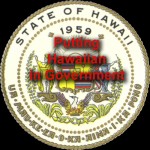 Lawmakers to Decide on use of Hawaiian Language in State Documentation 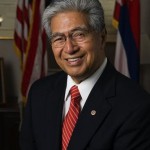 Senator Akaka Will Not Seek Re-election in 2012