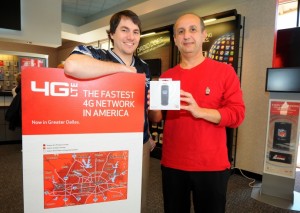 Customers in Hilo, Honolulu, Kahului-Wailuku and Lahaina will be able to experience one of the reportedly fastest, most advanced 4G mobile networks in America. Verizon said in a statement that LTE users should experience average data rates of 5 to 12 megabits per second (Mbps) on the downlink and 2 to 5 Mbps on the uplink.

Eventually, the company plans to offer 4G LTE in more than 145 metropolitan areas by the end of the year, including Honolulu International Airport.